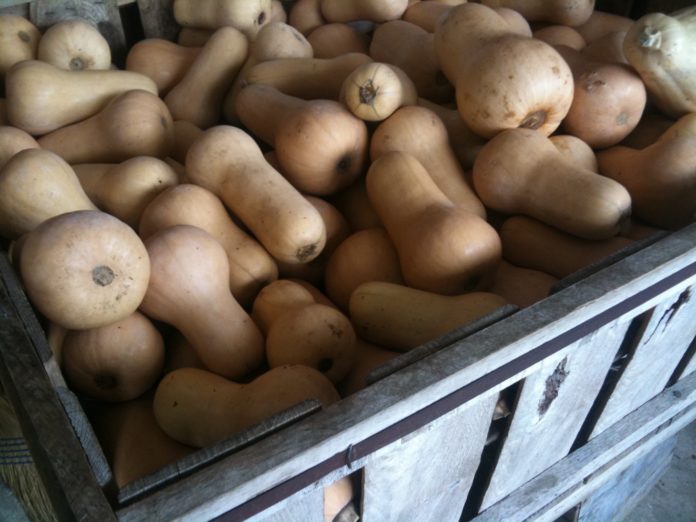 LEAVITT TOWNSHIP, Mich. (AP) — Authorities say a speeding truck hauling 70,000 pounds of butternut squash crashed while going around a curve, spilling its load along a road in western Michigan.

The Muskegon Chronicle reports the fully-loaded truck was headed to a processing plant when it crashed Tuesday in Oceana County’s Leavitt Township.

Sheriff’s Lt. Craig Mast says the driver, who had minor injuries, was cited for excessive speed. Much of the load was dumped along the roadway, but Mast says the trailer had to be unloaded so the truck could be righted. Farm workers cleared away the squash.

Mast says it was “a little bit of a labor-intensive effort.”