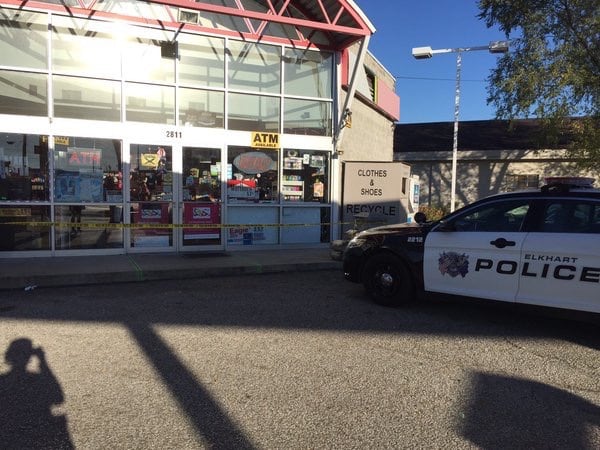 One person was injured in an armed robbery in Elkhart.

Police were called to the Exxon Mobil gas station in the 2800 block of Cassopolis Street just before 8 a.m.on Tuesday, Nov. 3.

The suspect was armed with a knife, according to police.

A woman armed with a knife went behind the clerk’s counter. There was an altercation that led to the clerk receiving cuts to his hand and neck, according to 95.3 MNC’s reporting partners at The Elkhart Truth.

The clerk was taken to Elkhart General Hospital with non life-threatening injuries, The Elkhart Truth reported.

The robber grabbed cash and took off. A police K-9 tracked the suspect’s scent southward. Police believe she got into a car and left the scene.

There is no word of an arrest.

Anyone with information on the robbery should call the Elkhart Police Department at 574-295-7076 or email police@coei.org.