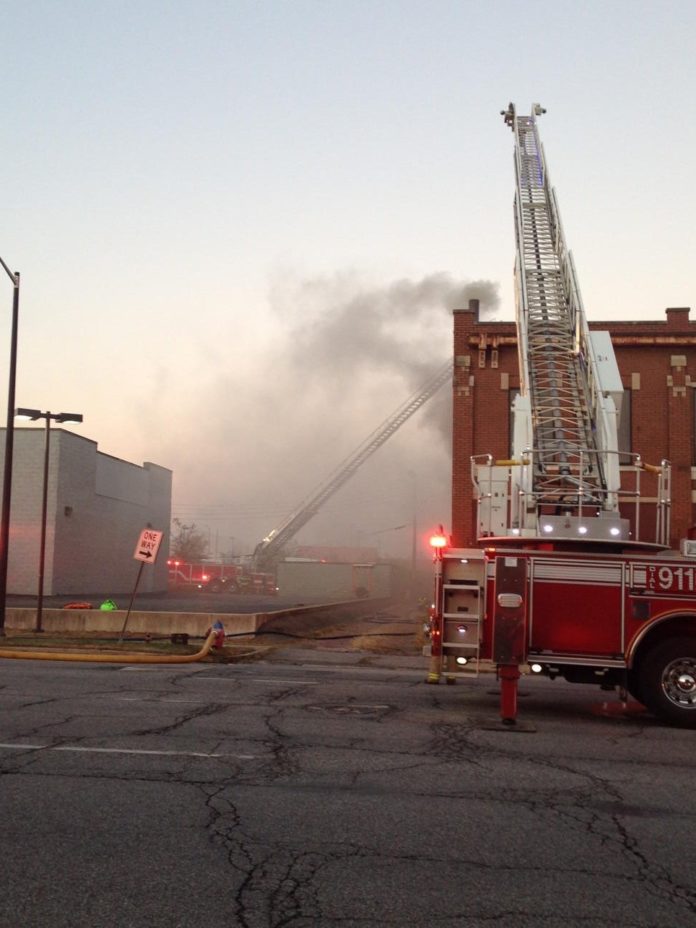 Traffic is largely blocked in downtown South Bend while fire crews battle a blaze in the 500 block of Michigan Street.

Eyster told 95.3 MNC that firefighters may be on scene for several hours.