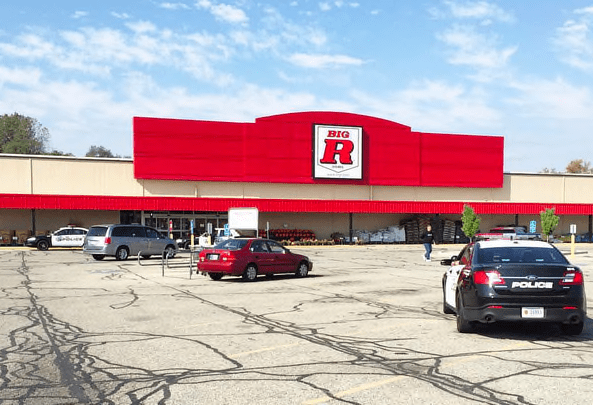 While Norman Reynolds has a license to possess a firearm in Indiana and nobody was injured, he is being charged because “his alleged conduct was unreasonable and created a significant risk of harm not only toward the intended target but also to potential bystanders,” according to the Elkhart County Prosecutor’s Office.

Reynolds was charged with one count each of criminal recklessness with a deadly weapon and pointing a firearm, level 6 felonies that carry a combined sentence of up to five years in prison.

“The filing of this charge is in no way intended to assert that Mr. Reynolds set out to violate the law or that he intended to create a dangerous situation,”  the prosecutor’s office said. “To the contrary, by all appearances he thought that he was being helpful. However, his method of ’helping’ was also reckless under the law and could have resulted in grave consequences.”

Reynolds and store employees chased after two men suspected of stealing items at Big R on Oct. 12. The men got into a truck and began to drive away. Reynolds pulled out a semi-automatic handgun and fired one round at the truck, hitting the outside of the passenger side, the prosecutor’s office said.

Nobody reported injuries in connection to the incident.

An initial hearing has not been scheduled.