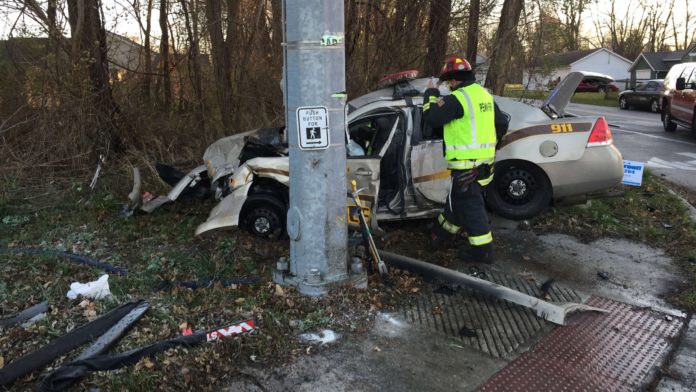 A St. Joseph County police officer was taken to the hospital after being involved in a car crash.

The collision happened around 4:30 p.m. on Saturday, Nov. 14, at the intersection of McKinley and Birch Road, according to 95.3 MNC’s reporting partners at ABC 57.

The officer was driving to the scene of another car crash when the collision happened, ABC 57 reported.

The officer was headed southbound. The other vehicle involved was an SUV that was headed eastbound, according to WSBT.

The officer was taken to the hospital with non-life-threatening injuries. The occupants of the SUV were not injured, ABC 57 reported.

The cause of the crash remains under investigation.