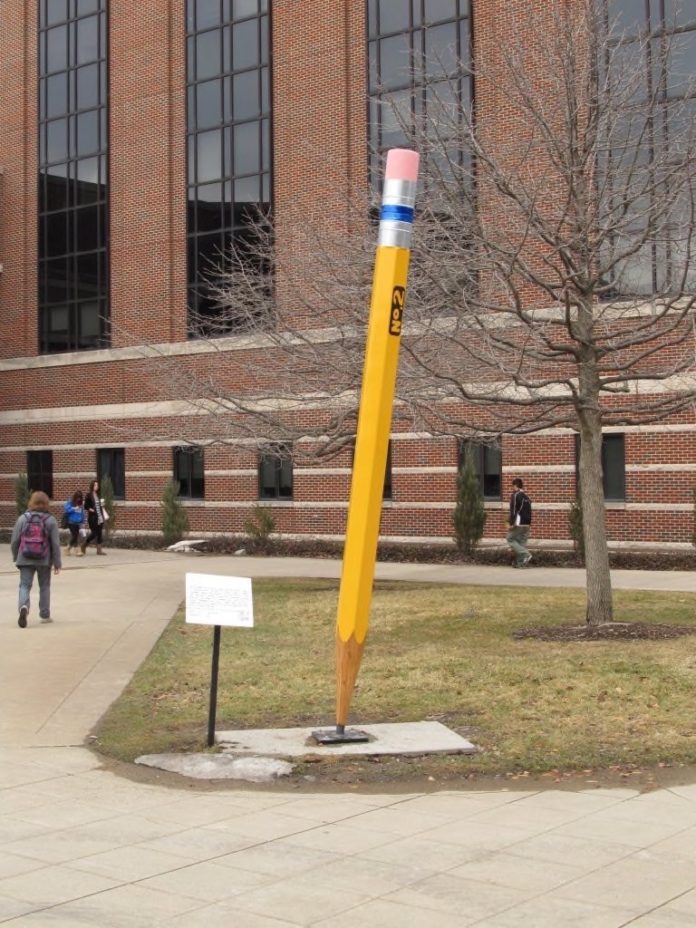 The pencil sculpture was reported missing Monday from the West Lafayette campus’ Pickett Park, but is believed to have been missing since Nov. 11.

The pencil turned up Thursday morning on the lawn at Slayter Center. A passerby who spotted it called university police.

A Purdue University news release says the pencil was taken to the university’s carpentry shop to be prepared for reinstallation in Pickett Park.