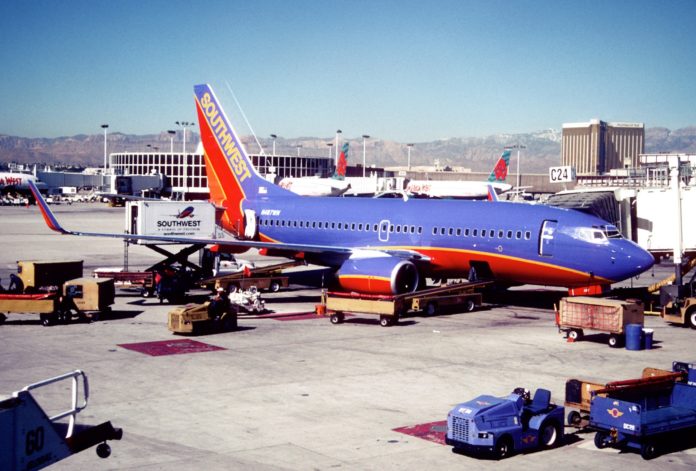 KANSAS CITY, Mo. (AP) — Authorities say a Southwest Airlines flight headed from Indianapolis to Los Angeles has been diverted to Kansas City International airport because several passengers were being “unruly.”

FBI spokeswoman Bridget Patton said Sunday that three people were detained for questioning after Flight 5929 landed around 7:50 a.m. The remaining passengers were removed so police dogs could search the aircraft. Passengers then re-boarded and the flight resumed around 9:20 a.m.

Patton says the detained passengers were rebooked on later flights and no charges were filed against them. She says the flight crew had described their behavior as “unruly.” Patton said she couldn’t provide additional details about what the passengers were doing.