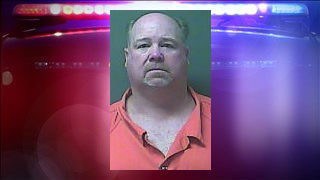 The head football coach at Bremen High School has been arrested, accused in a domestic violence incident against his girlfriend.

The victim’s 17-year-old son called 911 and said Holmes threw his girlfriend to the bathroom floor several times, according to 95.3 MNC’s reporting partners at ABC 57.

The victim’s son said he intervened and knocked Holmes to the floor, then left the house to call police, WNDU reported.

Holmes was booked into the LaPorte County Jail on Wednesday and has bonded out.

We at Bremen Public Schools have been made aware of the unfortunate situation regarding Bob Holmes. Being an educational institution, we fully appreciate the seriousness of domestic issues and empathize with those who have experienced such situations. Once the full facts of the situation are made available to us, the appropriate actions will be taken based upon the details of this specific situation. Until then, we must exercise restraint as we do not wish to usurp the legal process and their fact finding responsibilities.

On Friday, Dr. White released a statement announcing that Holmes was suspended:

“In light of the charges made against Mr. Holmes, I feel compelled to take this action. While Mr. Holmes should have every right to resolve the charges filed against him, I must insure the safety of our students and that they are being taught by teachers they can trust and respect.”