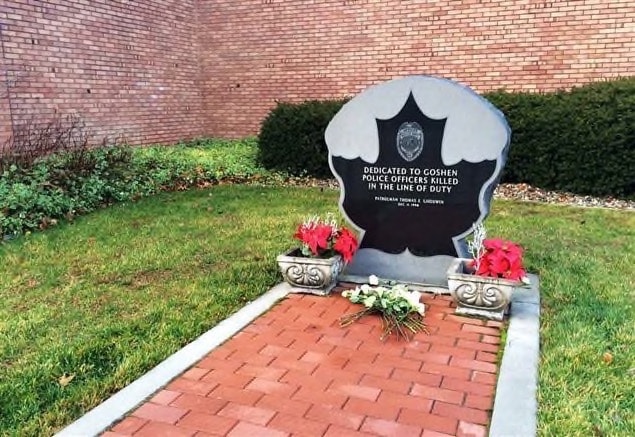 A memorial honoring the lives of officers killed in the line of duty outside of the Goshen Police Department was vandalized over the weekend.

A planter was overturned and a glass lantern was broken at the memorial, which also honors Officer Thomas Goodwin, according to 95.3 MNC’s reporting partners at The Elkhart Truth.

Goodwin was shot and killed in Brookside Manor Mobile Home Park in December 1998 when he and other officers responded to reports of gunfire. Friday, Dec. 11, marked the 17th anniversary of his death, The Elkhart Truth reported.

Police believe the vandalism happened on Sunday, according to 95.3 MNC’s reporting partners at ABC 57. The damage was repaired on Monday.

There is no word of any suspects.