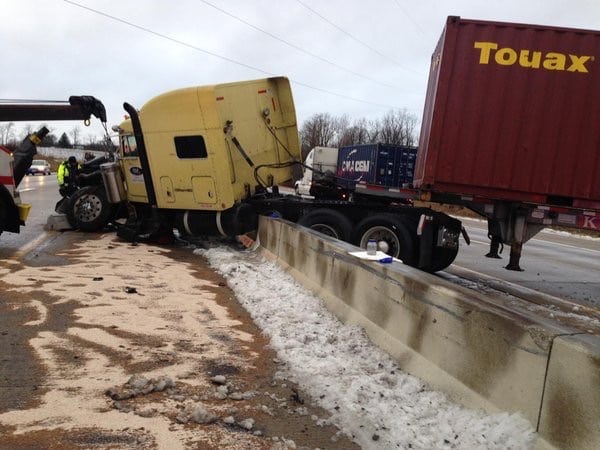 The icy conditions that snarled traffic throughout Michiana have passed for the most part, but the morning commute on Tuesday, Dec. 29, was still challenging for many area drivers.

Traffic on the U.S. 20 Bypass east of the Elm Road exit became snarled just after 7:30 a.m. when a truck driver struck the median, then crashed through it. Authorities closed the bypass between the Elm Road exit and SR 19 exit in both directions during the clean up and investigation.

The driver was not injured, according to 95.3 MNC’s reporting partners at ABC 57.

The bypass reopened around 11 a.m.

Truck hit the median on 20 east then rode it. Driver suffered no injuries. @ABC57News pic.twitter.com/TnLOcq0r8d

In addition to that, callers to Michiana’s Morning News described two situations along SR 331. One caller described several power poles and lines that were down, between Madison and Roosevelt. Another caller described a scene south of Wyatt, where a horse was struck by a vehicle and other horses were loose, near the area.

Traffic was blocked on northbound Main Street in Mishawaka between Douglas Road and Indian Ridge for most of the morning drive rush hours, due to a truck that lost its load of donuts and baked goods. The driver was not injured.