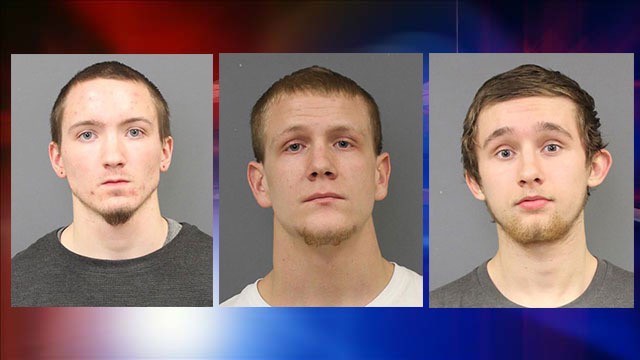 Three people have been arrested who Berrien County Police say are connected to a power outage in Niles that happened on Tuesday, Jan. 13.

The outage happened after the suspects’ vehicle slid off the road and struck a power pole in the 2100 block of 3rd Street in Niles Township, according to the Berrien County Sheriff’s Department.

The pole snapped, causing the power lines to fall to the ground.

The suspects ran off from the crash scene, but officers were able to follow their tracks in the newly-fallen snow and placed them under arrest, the Berrien County Sheriff’s Department reported.

The investigation revealed the vehicle they were in was recently reported stolen to the Elkhart Police Department.

Shane Jacobs of Elkhart, Isaiah Moutria of Elkhart and Jesse Roberson of Albion were arrested on preliminary charges of receiving and concealing stolen property.