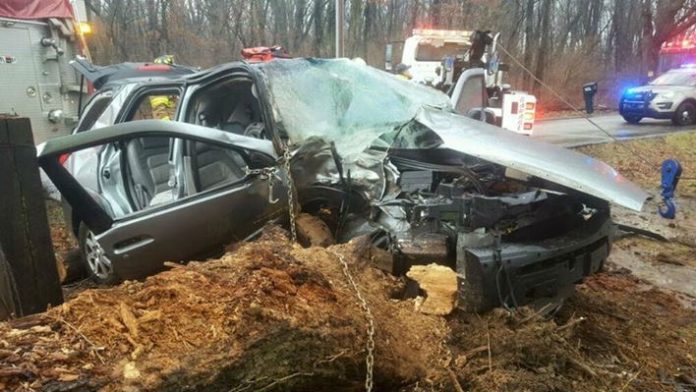 Two two people were critically injured in a single vehicle crash in the 5700 W block of C.R. 800 S. near Union Mills.

The crash happened around 1:30 p.m. CST on Friday, Jan. 15, according to the LaPorte County Sheriff’s Department.

Deputies arrived to find a 2003 Buick SUV that went off the roadway and struck a tree.

The 30-year-old Knox woman driving the vehicle was able to free herself however the 24-year old passenger was pinned in the vehicle and had to be extricated.

The crash may have been caused by the occupants having a domestic disturbance in the vehicle, the LaPorte County Sheriff’s Department reported.