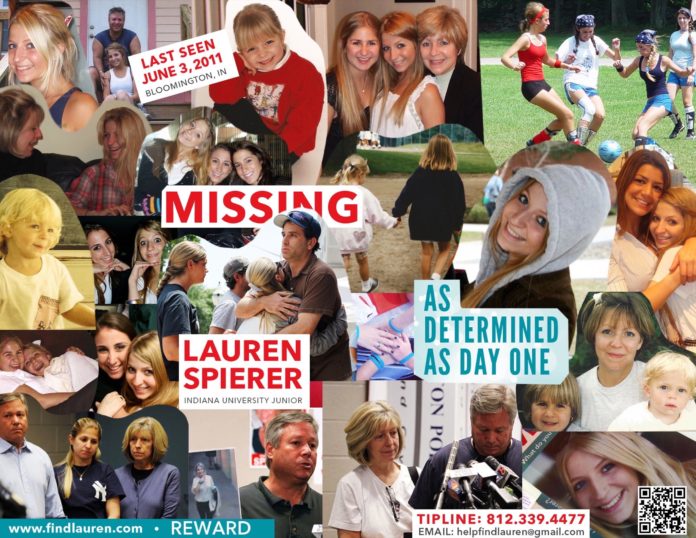 Authorities declined to name the exact location on Thursday.

Crews with WISH-TV in Indianapolis reported seeing agents focused Thursday on a home and barn in the Martinsville area, including sifting through dirt.

Spierer’s disappearance generated national headlines. The 20-year-old Greenburgh, New York, woman vanished in June 2011, after a night out with friends in Bloomington, Indiana.

Bloomington police have said they received hundreds of tips in the investigation.