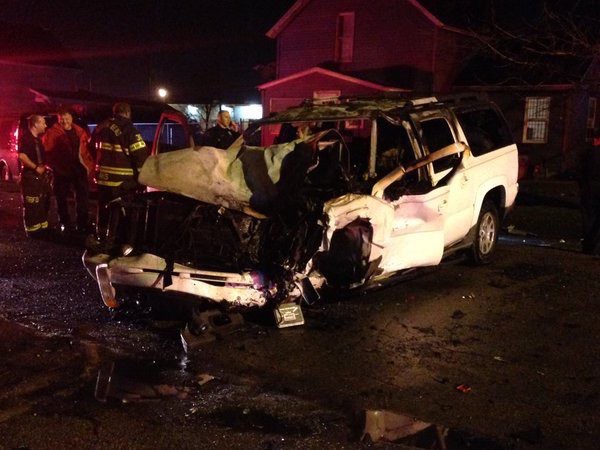 Five vehicles were damaged after a collision between an SUV and a car.

Two people inside the SUV were able to get out. They were taken to the hospital, along with the car’s driver, for treatment of their injuries.

As many as three other vehicles parked near the crash between the SUV and the car received damage as well, ABC 57 reported.