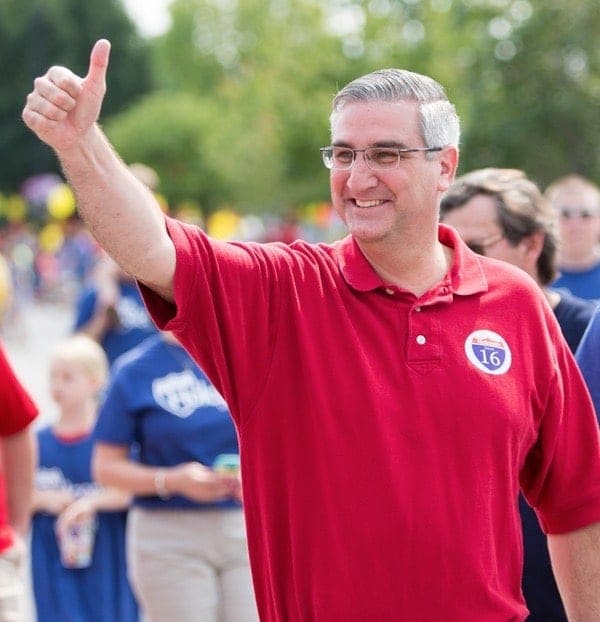 The Republican leader of the Indiana Senate says Gov. Mike Pence made an excellent choice with his selection for the new lieutenant governor.

Pence’s nomination on Tuesday of Holcomb to replace current Lt. Gov. Sue Ellspermann must be approved by the Republican-dominated Legislature before he can take office.

Long says Ellspermann has been a capable and effective public servant during her time as lieutenant governor, whose duties include frequently serving as the Senate’s presiding officer.

Indiana’s outgoing lieutenant governor says she hasn’t been assured that she’ll be selected as the new president of Ivy Tech Community College.

Lt. Gov. Sue Ellspermann said Tuesday she would soon step down from the state’s No. 2 office as she pursues the Ivy Tech position.

She says that the Ivy Tech job would allow her to influence the state’s workforce training and economic development.

Ellspermann says the selection of a new president is a decision that will be made by the Ivy Tech board of trustees and that it will do so in its own time.

The Ivy Tech trustees are all appointed by the governor. Current Ivy Tech President Thomas Snyder announced in September he would retire this year after nearly a decade leading the 90,000-student system.

Indiana Gov. Mike Pence’s pick of a former state Republican chairman as the new lieutenant governor is being criticized by Democrats as a political move that damages diversity in state government.

State Senate Democratic leader Tim Lanane (LAN‘-in) says Indiana residents are losers in the sudden change as the leadership of state government will be less diverse.

The last time a new lieutenant governor was selected midterm was in 2003 when Democratic Gov. Joe Kernan nominated Kathy Davis following the death of Gov. Frank O’Bannon. The Republican and Democratic gubernatorial tickets since then included male and female candidates each time.

The change comes as Pence heads into what is expected to be a tough election rematch in November with 2012 Democratic candidate John Gregg.

Pence declined to discuss the political impact of the Holcomb selection, saying his focus was on selecting the right person for the lieutenant governor’s office as Ellspermann applies to become president of Ivy Tech Community College.

The highest level of Indiana Gov. Mike Pence’s administration is getting a shake-up, with Lt. Gov. Sue Ellspermann leaving to be replaced by a former state Republican Party chairman.

Pence announced Tuesday that Ellspermann would leave the state’s No. 2 office and that he’s nominating Eric Holcomb as her replacement.

Ellspermann says she has applied for the open position of president of Ivy Tech Community College and that she’ll soon be stepping down after an orderly transition.

Holcomb’s nomination must be confirmed by the Republican-dominated Legislature for him to take office.

The afternoon event comes a day after Holcomb ended his 11-month campaign for the U.S. Senate seat being vacated by retiring GOP Sen. Dan Coats.