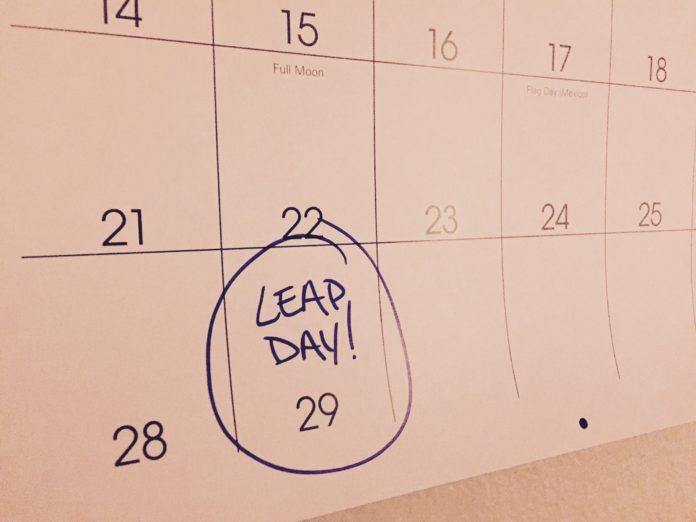 It’s not every year that we get to see Feb. 29 on the calendar.

The 29th is commonly known as Leap Day, or the extra day we get every four years (most of the time… more on that later) to make sure our calendar and the solar year are as close together as possible.

Here are six things you may not know about Leap Years.

That’s according to the Los Angeles Times, which came to that date by adding previous Leap Days to today’s date.

The Egyptians realized the true length of the solar year (it takes Earth 365 days, 5 hours, 48 minutes and 46 seconds to travel once around the sun) and so they had a calendar with a Leap Day every four years, according to National Geographic.

The Gregorian calendar is still off by about 26 seconds every year.

In the Chinese calendar, the extra month is given the name of the previous lunar month. This happens about every three years or so, whenever there are 13 moons in a Chinese year.

The Jewish calendar has an extra month seven times in a 19 year cycle called Adar I and it is considered a lucky month.

And it’s in the United States. Specifically, it’s in Anthony, Texas, near the New Mexico border. Celebrations include a Worldwide Leap Year Festival.