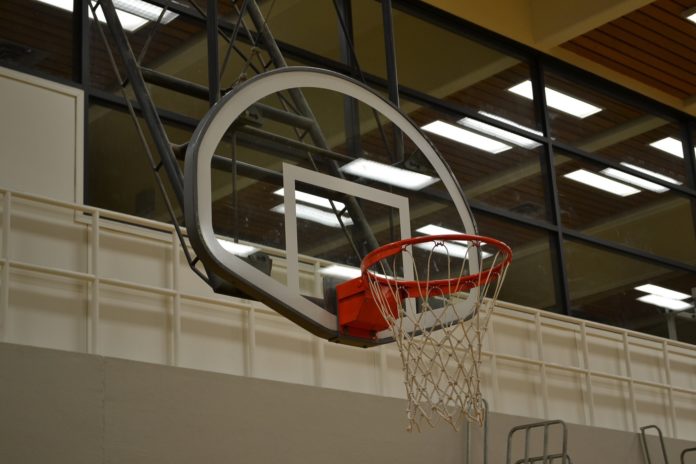 KANSAS CITY, Mo. (AP) — Sixty-eight teams will tip off in the NCAA Tournament this week. Four will make it to the final weekend at NRG Stadium in Houston. Here is a look at the matchups set on Selection Sunday:

— 1 Kansas vs 16 Austin Peay: The Jayhawks, the tournament’s No. 1 overall seed, open against the Ohio Valley champs as they seek their first national championship since 2008.

— 8 Colorado vs 9 Connecticut: After setting a school record for regular-season wins, the Buffaloes were rewarded by facing one of the hottest teams in the nation in American tourney champion UConn.

— 5 Maryland vs 12 South Dakota State: Led by Melo Trimble and Diamond Stone, the Terps began the season 15-1. But they struggled down the stretch and fell to Michigan State in the Big Ten Tournament.

— 4 California vs 13 Hawaii: Pac-12 freshman of the year Jaylen Brown will try to bounce back after a tough league tournament against big man Stefan Jankovic and the Big West champion Rainbow Warriors.

— 3 Miami vs 14 Buffalo: Sheldon McClellan and Angel Rodriguez give the Hurricanes one of the tourney’s top backcourts, while the Bulls’ buzzer-beating MAC tournament title was their second straight.

— 7 Iowa vs 10 Temple: The Hawkeyes’ late-season collapse reached a nadir with a loss to Illinois in the Big Ten Tournament. The result is a date with the guard-dominated regular-season American champs.

— 2 Villanova vs 15 UNC-Asheville: The Wildcats’ loss to Seton Hall in the Big East title game dropped them to the second line, where they face the defensive-minded Big South tourney champions.

— 1 Oregon vs 16 Holy Cross/Southern: No. 1 seeds for the first time, the Ducks begin pursuit of their first national championship against the winner of the matchup between Holy Cross and Southern.

— 8 Saint Joseph’s vs 9 Cincinnati: The Hawks won the A-10 Tournament title despite senior star Papa Ndao getting tossed. Can he keep his poise against the Bearcats, who lost a four-overtime thriller against UConn in the American tourney quarterfinal.

— 5 Baylor vs 12 Yale: The Bears gave Kansas a scare in the B12 Tournament. Yale is making its first appearance since 1962 as it tries to keep moving forward following the dismissal of one of its captains.

— 4 Duke vs 13 UNC-Wilmington: The defending national champions look much different than a year ago, though Grayson Allen is still around. Wilmington last appeared in the tournament in 2006.

— 6 Texas vs 11 Northern Iowa: Shaka Smart is no stranger to the NCAA Tournament, having been there plenty with VCU. Neither is Northern Iowa, which has a habit of knocking off high-profile teams (Right, North Carolina and Iowa State?).

— 3 Texas A&M vs 14 Green Bay: After losing in overtime to Kentucky in the SEC title game, the Aggies open the NCAA Tournament against the Horizon League champions.

— 7 Oregon State vs 10 VCU: The Beavers hope Tres Tinkle, their star freshman, will be back from a foot injury. The Rams are trying to replicate their success under Smart for first-year coach Will Wade.

— 2 Oklahoma vs 15 Cal State-Bakersfield: Buddy Hield, Ryan Spangler and the rest of the Sooners start their last stand against the Roadrunners.

— 8 Southern California vs 9 Providence: Andy Enfield’s surprising Trojans get Kris Dunn, Ben Bentil and the Friars, whose defense has been the culprit when they haven’t played well.

— 5 Indiana vs 12 Chattanooga: The regular-season Big Ten champs flopped against Michigan in the league tournament. Can Yogi Ferrell and Co. rebound against the class of the Southern Conference?

— 6 Notre Dame vs 11 Michigan/Tulsa: The Fighting Irish are one of the most balanced teams in the nation with five starters averaging in double figures, while the Wolverines and Golden Hurricane were among the last at-large teams to get into the field.

— 3 West Virginia vs 14 Stephen F. Austin: The Mountaineers’ intense pressure will be a challenge for the Lumberjacks, who have leaned on their own defense to win their last 20 games.

— 7 Wisconsin vs 10 Pittsburgh: Greg Gard got the Badgers going midway through the season, and now NCAA Tournament vets Nigel Hayes and Bronson Koenig want to make another Final Four run. They get a physical, Big Ten-style opponent to start things off.

— 2 Xavier vs 15 Weber State: Underrated much of the season, coach Chris Mack’s Musketeers feature an exotic 1-3-1 zone that can cause all kinds of fits. Weber State has the guard play to deal with it.

— 1 Virginia vs 16 Hampton: Malcolm Bronson leads the Cavs in a clash of styles. Virginia tries to play at a deliberate pace, while the Pirates were the highest scoring team in the MEAC.

— 8 Texas Tech vs 9 Butler: The Red Raiders are back in the tournament for the first time since 2007, and the reward is a matchup with Kellen Dunham and the NCAA Tournament darlings from Butler.

— 5 Purdue vs 12 Little Rock: The Trojans are deep, experienced and have one of the best defenses in the country, but can they deal with the size of the Boilermakers’ A.J. Hammons and Caleb Swanigan?

— 4 Iowa State vs 13 Iona: Coach Steve Prohm succeeded in taking Fred Hoiberg’s boys back to the dance. Their first task is slowing down high-scoring guard A.J. English and the Gaels.

— 3 Utah vs 14 Fresno State: Enjoy watching Pac-12 player of the year Jakob Poeltl of Utah and Fresno State guard Marvelle Harris, two of the best players in this region.

— 7 Dayton vs 10 Syracuse: The Flyers’ Kendall Pollard has been bothered by a sore knee. Will he be close to 100 percent against an Orange team that played better when Jim Boeheim returned from a suspension?

— 2 Michigan State vs 15 Middle Tennessee State: The Spartans had a strong argument for a No. 1 seed after winning the Big Ten Tournament. Denzel Valentine and Co. start with the Conference USA tourney champs from Murfreesboro, led by Giddy Potts and Reggie Upshaw.