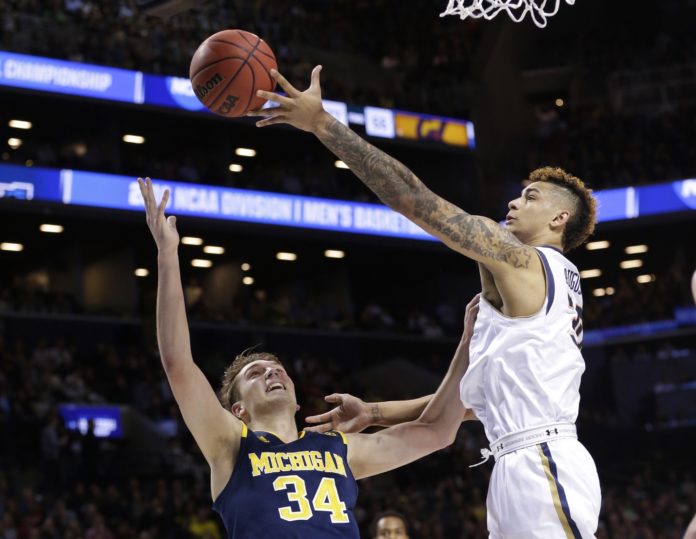 NEW YORK (AP) — V.J. Beacham scored 18 points, including the 3-pointer that gave Notre Dame the lead for good, and the sixth-seeded Fighting Irish beat 11th-seeded Michigan 70-63 on Friday night in the first round of the East Regional at Barclays Center.

Notre Dame will face 14th-seeded Stephen F. Austin in the second round on Sunday. The Lumberjacks upset third-seeded West Virginia 70-56.

Michigan (23-13) controlled the first half, taking a 41-29 lead. Notre Dame scored the first eight points of the second half, a run that included 3-pointers by Vasturia and Matt Farrell, matching the team’s total of the first half. It brought the Fighting Irish within 41-37.

Michigan beat Tulsa 67-62 on Wednesday in the First Four. Wichita State, the other 11th seed to win a First Four game, advanced to the second round with a victory over Arizona.