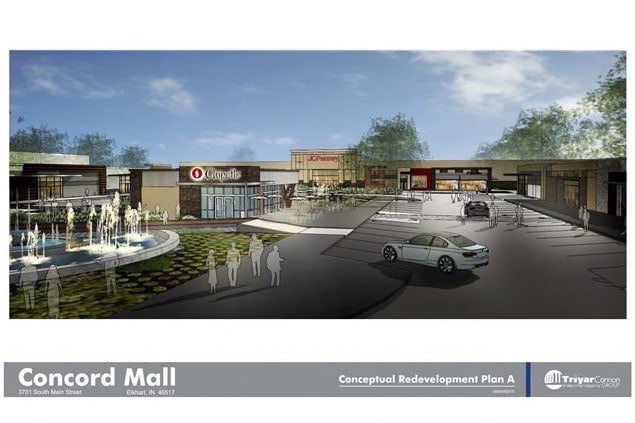 Concord Mall would be torn down and replaced with an “open-air” mall under a proposed $50 million development project.

Triyar/Cannon Co. believes that the plans would generate $150 million to $200 million, according to The Elkhart Truth.

The open-air mall would be called Concord Towne Center and would include retail space, restaurants, hotel space, residential space and other entertainment options.

The plans would compliment construction of a new $3.3 million Martin’s Super Market at Center Drive and Mishawaka Road.