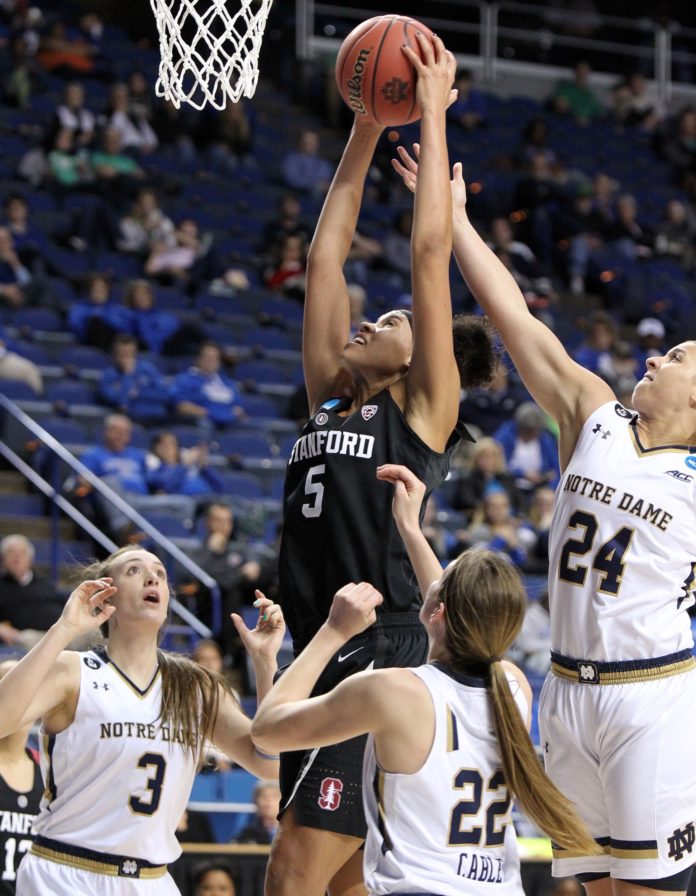 Stanford (27-7) advanced to the regional final Sunday against No. 7 seed Washington, which upset No. 3 seed Kentucky 85-72 in the other semifinal. Stanford beat Washington during the regular season and lost to the Huskies in the Pac-12 Tournament.

After trailing by as many as 15 points, Notre Dame (33-2) cut it to 81-78 on Madison Cable’s basket with 2:05 left. Stanford’s Karlie Samuelson, who scored 20 points, answered by banking in a 3-pointer as the shot clock was expiring with 1:31 remaining.

Stanford stayed ahead by at least four the rest of the way.