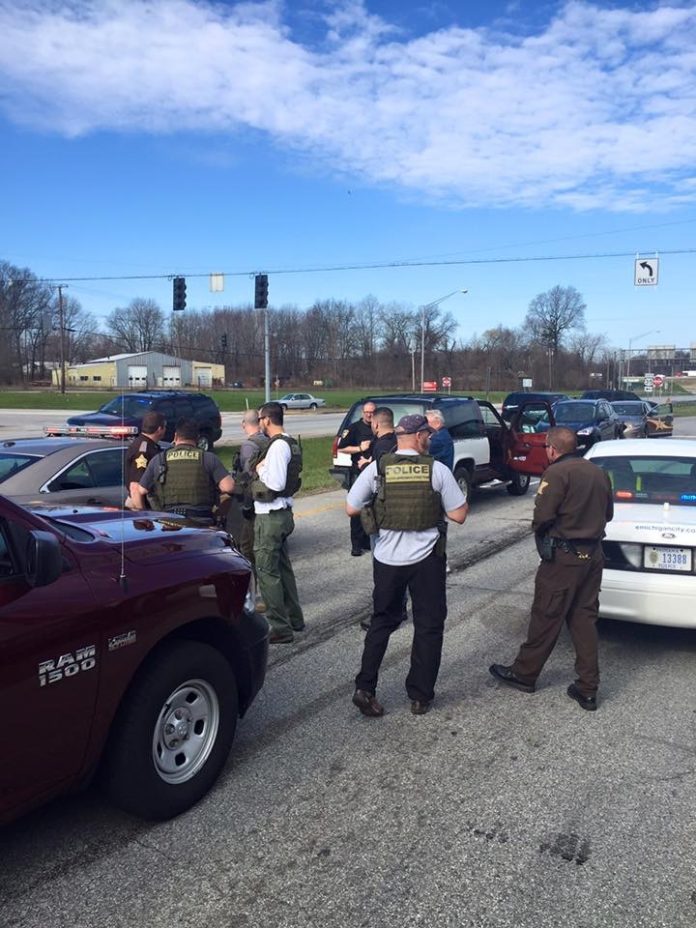 A kidnapping victim was rescued and the suspected kidnapper was arrested in LaPorte County on Wednesday morning after quick action from several local police departments.

The victim texted someone at about 10 a.m. EDT Wednesday and said that they had been kidnapped at gunpoint in South Bend and they were in a vehicle traveling west on U.S. 20 in LaPorte County, according to the LaPorte County Sheriff’s Office. The person who received the text message called 911.

A deputy found the suspect vehicle and pulled it over for a traffic violation near the intersection of U.S. 20 and U.S. 35, the sheriff’s department said.

There, the suspect was arrested and the victim was safely rescued from the vehicle.

South Bend Police officers traveled to LaPorte County and arrested the suspect, who has not yet been identified.