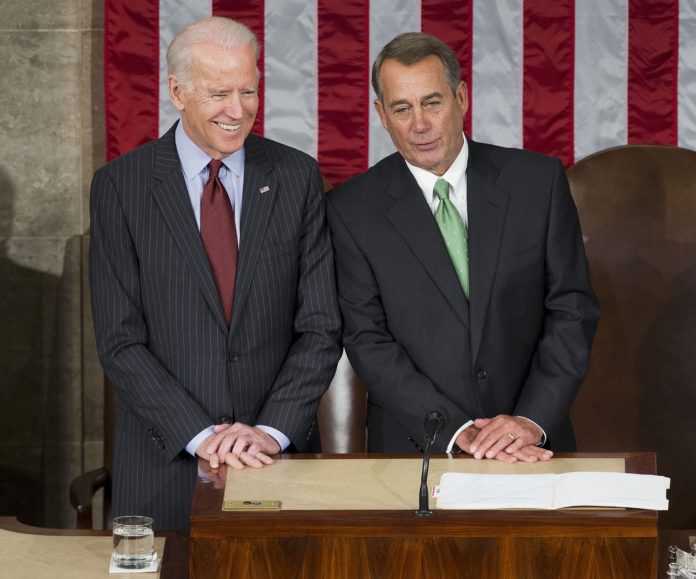 Notre Dame students and alumni and other area Catholics are protesting the university’s decision to award Vice President Joe Biden and former House Speaker John Boehner with the Laetare Medal.

The medal is given annually to an American Catholic who has served the Catholic church and society.

Because Biden is in favor of legalized abortion and same-sex marriage and Boehner supports the death penalty, the students told our news partners ABC 57 that they don’t deserve the honor.

“These two men are not living up to their calling as members of the church in public office, which the Laetare Medal serves to honor,” Notre Dame senior Hailey Vrdolyak said. “If you don’t agree with the church on the non-negotiable issues, you’re not in line with the church and you shouldn’t be awarded as such, for being a Catholic.”

The Rev. John Jenkins, Notre Dame’s president, told the campus newspaper The Observer that he hopes the nominations start conversations about issues. He said he also wanted to recognize the friendship between Biden and Boehner, who oppose each other on political issues.

“I do want, with this award, to fight against the tendency that those who disagree with us are necessarily evil or worthy only of our disdain,” he told The Observer. “We can disagree — and even disagree on significant moral issues — and still find laudable qualities in those with whom we disagree.”

Dozens of students gathered for a protest demonstration on campus on Sunday, April 17.

The students told ABC 57 that they’ve tried to meet with school officials about the issue, but their requests were denied.