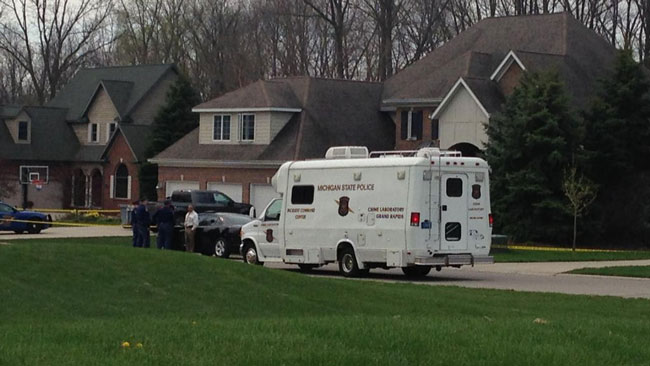 Recordings from the Berrien County dispatch center shed more light on what happened at a home in St. Joseph, Mich., when a well known Michiana area journalist and radio host was shot to death by her husband before he took his own life on Tuesday.

“We have a child caller on the phone,” a Berrien County 9-1-1 dispatcher said in the recording. “He’s advising that he’s found his father. He believes he’s passed away in the basement. He does see blood all over.”

The couple’s three children, ages 8, 9 and 10, were home and found their father in the house’s basement in a pool of blood. One of the children called 911 at 6:38 a.m., Michigan State Police said.

When officers arrived, the three children were waiting at the front door.

Stewart used a handgun that was purchased legally in 2012 by someone else in a state that wasn’t Michigan, Michigan State Police said. It’s not clear how Stewart gained access to the gun.

Investigators combed the home on Tuesday and found no suicide note, but police have said that it’s possible the crime was planned ahead of time.

The shooting remains under investigation.