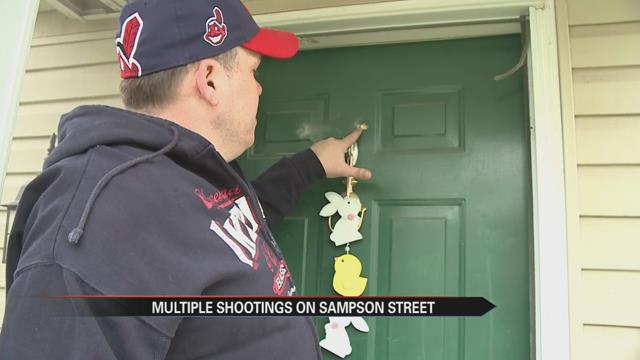 Neighbors are concerned after two shootings happened on the same street within a week of each other on the southeast side of South Bend.

The first shooting was reported early in the morning April 18 and the second happened on Sunday night, April 24, according to our news partners ABC 57.

Several bullets hit Thomas Hixon’s home on April 18 while his pregnant wife and 2-year-old son were home. In all, police believe about 16 bullets were fired.

“It just blows my mind the fact that somebody would shoot a gun and not even care where those bullets ended up,” Hixon told ABC 57. He said he doesn’t believe the bullets were targeting him or his family.

Bullets damaged the front door of the house, a tree and a windshield of a vehicle that was parked outside.

Nobody was injured in either shooting. Police are investigating both, but haven’t said if the two shootings are connected.