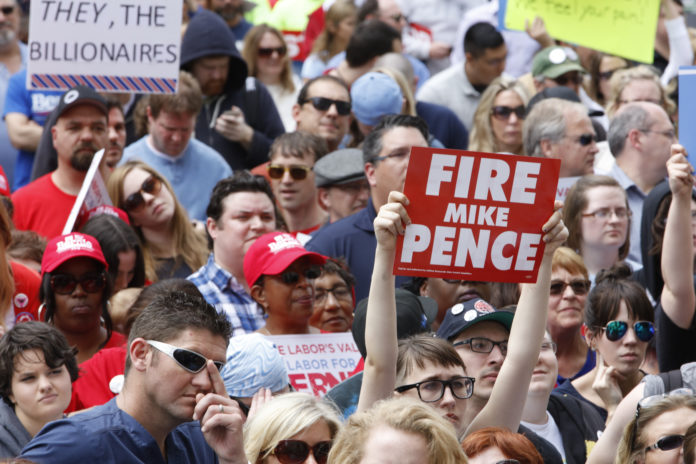 Leaders from the United Steelworkers labor union and the AFL-CIO hosted the rally Friday calling for an end to tax breaks for corporations like Carrier that move. Protesters also marched several blocks in downtown Indianapolis from the state capital.

Sanders is highlighting his opposition to trade agreements supported by Democratic presidential front-runner Hillary Clinton in campaign stops around Indiana ahead of Tuesday’s primary.

Sanders told the crowd that corporate decisions such as Carrier’s are hurting the country’s middle class.