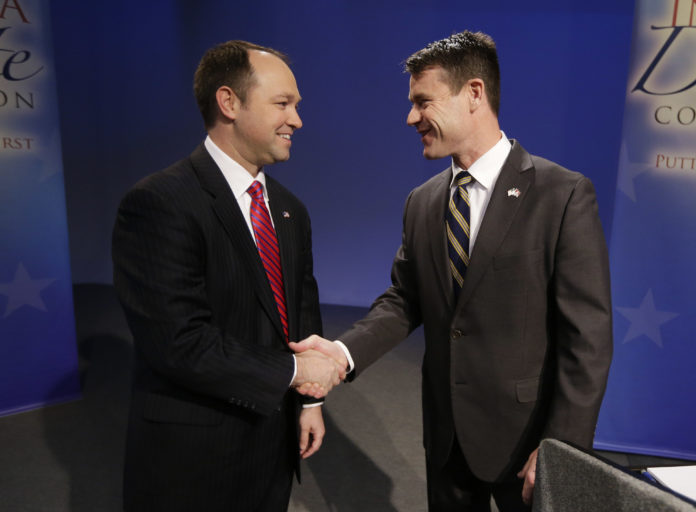 INDIANAPOLIS (AP) — The farmer versus the Marine — those are the wholesome self-portraits the two candidates seeking Indiana’s Republican nomination for U.S. Senate have tried their best to paint for voters before Tuesday’s primary.

Young depicts the tea party-backed Stutzman as an ideologue who prioritizes obstructionism over passing legislation. Stutzman characterizes Young as an establishment pawn at a time when voters are increasingly frustrated with Washington.

The 39-year-old Stutzman is from Howe and co-owns family farm operations in northern Indiana.

The 43-year-old Young is a Naval Academy graduate who was a Marine Corps intelligence officer and aide to Sen. Richard Lugar.