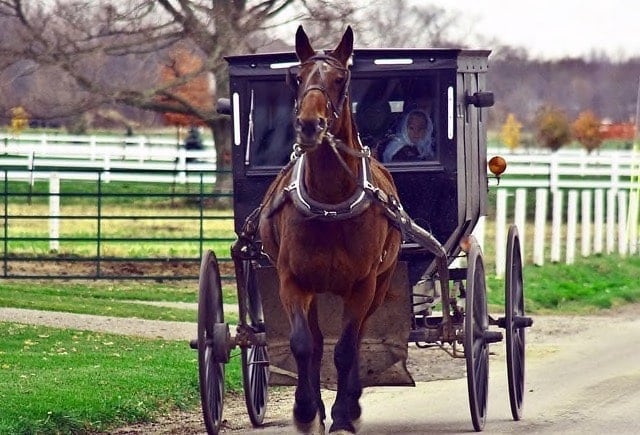 ECONOMY, Ind. (AP) — Police say an Amish teen died when a buggy was struck by a car and sideswiped by a second car, ejecting him into the path of a third car.

Indiana State Police say 17-year-old Jonas Beiler of Economy was pronounced dead at the scene of the crash about 9:30 p.m. Thursday on U.S. 35 in Wayne County, about 60 miles northeast of Indianapolis.

Police says Beiler was riding in a buggy driven by 21-year-old Michael Lapp of Modoc when it was struck from behind by a car and pushed left of center, where it was sideswiped by the second car. Beiler was ejected onto the roadway, where he was struck by the third car.

The (Richmond) Palladium-Item reports the buggy’s horse was treated by a veterinarian at the scene.