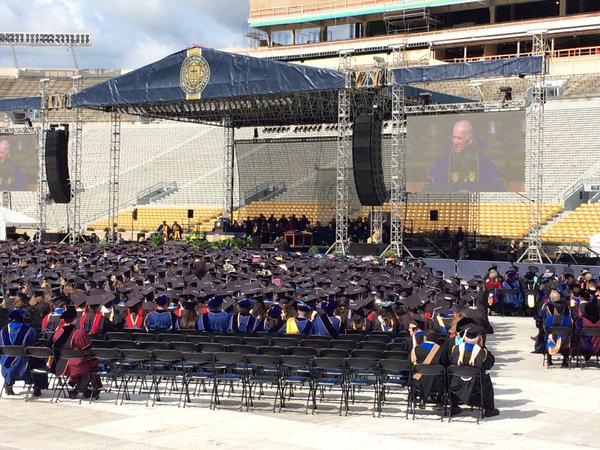 SOUTH BEND, Ind. (AP) — Vice President Joe Biden and former Speaker of the House John Boehner have set aside their political differences and jointly accepted a University of Notre Dame award given to prominent Catholics.

The South Bend Tribune reports that the school presented the Laetare Medal to Biden and Boehner at the school’s commencement Sunday.

Biden called it “the most meaningful award” he’s ever received, and urged graduates to work together to find common ground.

While some in the audience gave the vice president a standing ovation, anti-abortion protesters picketed outside the Notre Dame Stadium, calling the Democrat’s support of abortion rights contrary to Catholic teachings.