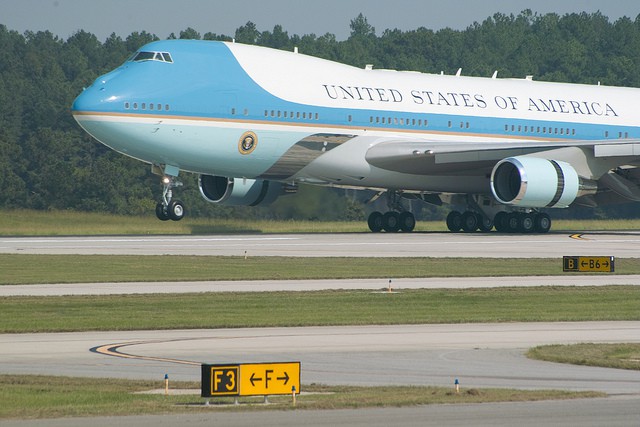 President Barack Obama is scheduled to travel Wednesday, June 1, to Indiana for his eighth visit to the state since taking office in January 2009. Here is a timeline of his previous presidential visits:

Feb. 2, 2009: Travels to Elkhart for his first event outside the Washington area since taking office 13 days earlier and speaks about his economic stimulus plan at Concord High School as Elkhart County’s unemployment rate was about 15 percent.

May 17, 2009: Delivers commencement address at the University of Notre Dame in South Bend, an appearance that drew weeks of criticism from many Catholic bishops and abortion opponents. Then travels to Indianapolis for two Democratic Party fundraisers.

Nov. 23, 2010: Obama and Vice President Joe Biden both fly into Grissom Air Reserve Base then travel to a Chrysler transmission factory in Kokomo, where Obama promotes the U.S. auto industry revival.

May 6, 2011: Travels to an Allison Transmission factory in Indianapolis and speaks about how the hybrid transmissions made there can help reduce the country’s need for imported oil.

Oct. 3, 2014: Travels to Millennium Steel Services, a minority-owned steel processor near Princeton, and speaks about the nation’s manufacturing gains and the improving U.S. economy.

June 1, 2016: Scheduled to speak about the economy at Concord Community High School in Elkhart and then take part in a PBS town hall at Elkhart’s Lerner Theatre.