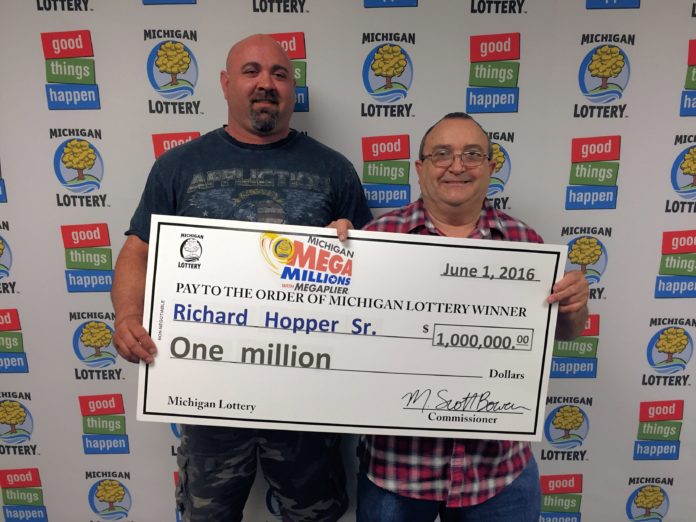 Richard Hopper Sr., 69, won $1 million from the Michigan Lottery on Friday, May 27, when the five numbers drawn in the Mega Millions contest matched his ticket — a ticket that was printed off by mistake.

“When I stopped to buy my Mega Millions ticket, the clerk said he had accidentally printed an easy pick for another player who didn’t want the ticket, and asked if I wanted to buy it or if I wanted another ticket,” Hopper said. “I decided to buy the ticket that had already been printed off and boy, am I glad I did.”

He realized he won on Saturday and claimed his prize on Wednesday in Lansing. He plans to pay off bills and save the rest.