A Benton Harbor police officer reportedly defending himself as he exited a home has shot and killed a man who shot at him.

A pair of Benton Harbor Department of Public Safety officers were called to a home in the 900 block of Pavone at about 2:15 a.m. on a report of a man being held by gunpoint by another man, according to a Benton Harbor DPS press release.

The officers checked out the residence and were told no one there called police. The officers were allowed to check the house and didn’t find any signs of trouble.

As they exited a house, a gunman emerged from the street and opened fire at the officers. An officer running for cover shot the suspect. After finding two handguns on the shooter, he was taken to a local hospital, where he later died.

An autopsy for the suspect is being held today. The officer that shot the suspect has been placed on administrative leave pending a Michigan State Police investigation. Neither officer was injured.

Here’s the full press release from the Benton Harbor DPS. 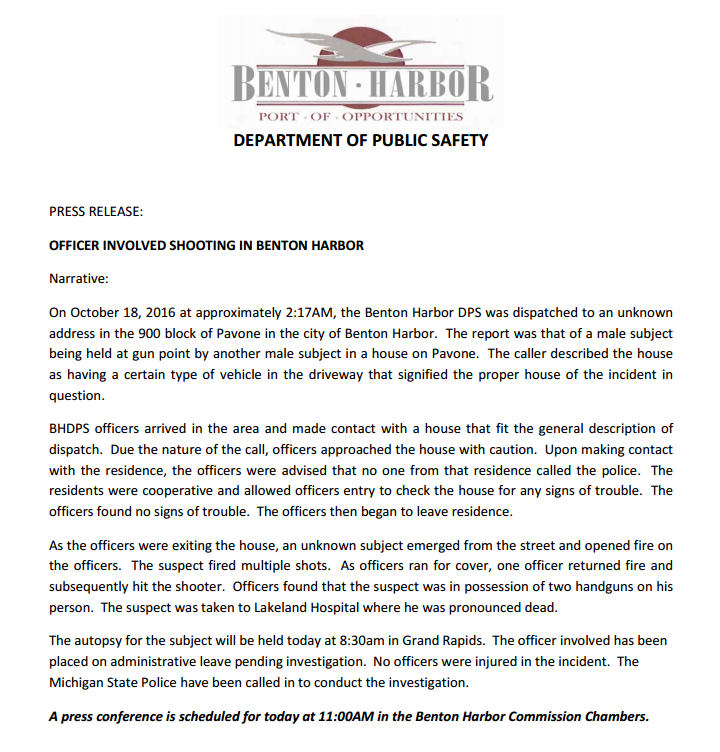