A Granger veterinarian could face probation, fines or even revocation of her license as an investigation is underway into alleged animal abuse, mistreatment, fraud and unsanitary practices.

Perusek runs the Animal Clinic of Granger on State Road 23 in Granger.

The complaint alleges the abuse took place between 2012 and 2016.

Among the allegations listed in the complaint: that she struck and choked several cats and dogs, including a rescue puppy who was admitted for dehydration and malnourishment. According to the complaint, Perusek tried several times to insert an IV and grabbed the puppy’s head, slammed it on to the table and cursed. The puppy died a few days later.

Another incident alleges she swung a leashed cat a few times like a basketball when the animal became uncooperative.

There are allegations of abuse involving shock collars and sedation, that she lied to customers that their animals had Lyme Disease, that she charged customers for pet play time even when the animals were kept in their cages, that she re-used needles and syringes for rescue animals and that she ordered staff to over-charge certain customers, because she didn’t like them.

The vet’s attorney released a statement to WNDU denying the claims that her former employees have made against her. The attorney also stated that her accreditation by the American Animal Hospital Association speaks volumes for the high standards she has set at the clinic.

Below are some of the allegations made that are listed in Indiana Attorney General Curtis Hill’s complaint: 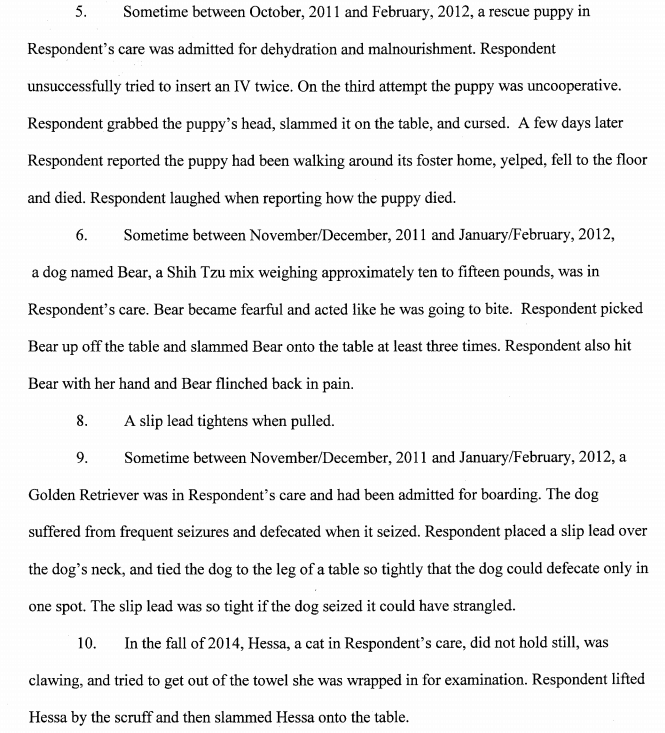 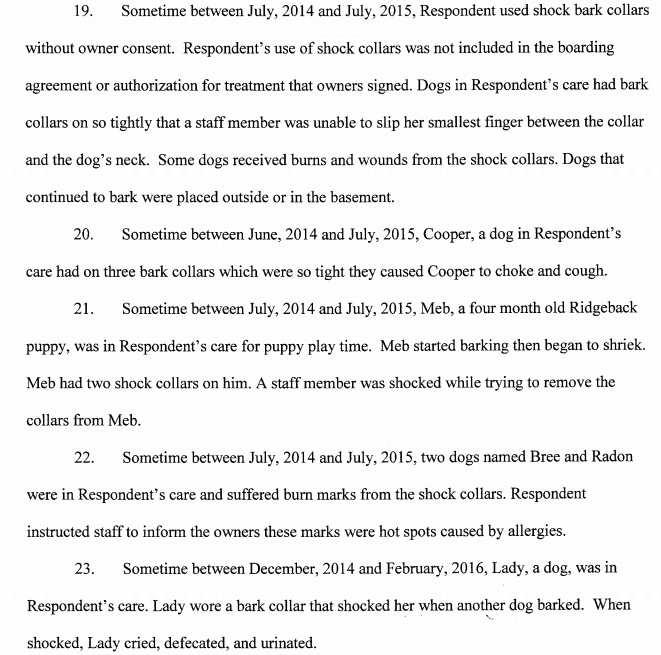 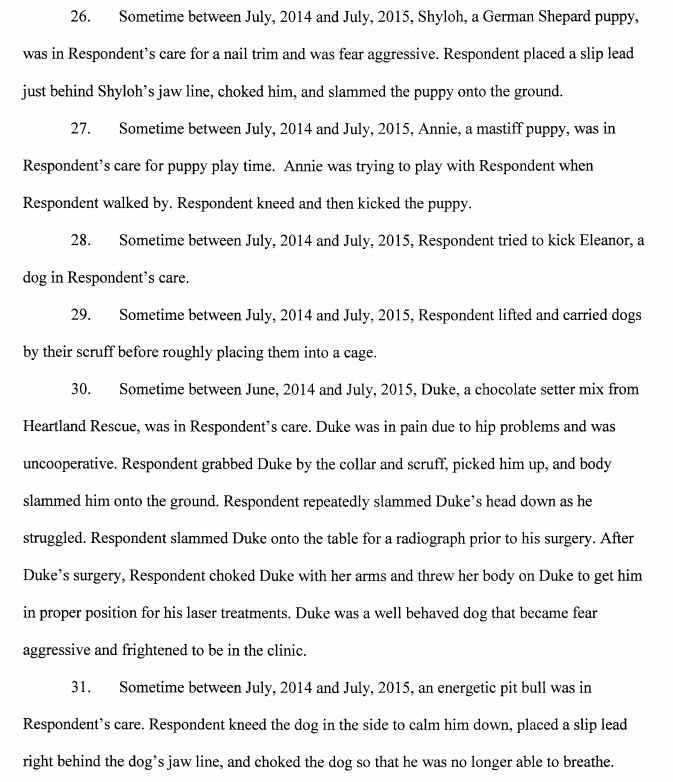 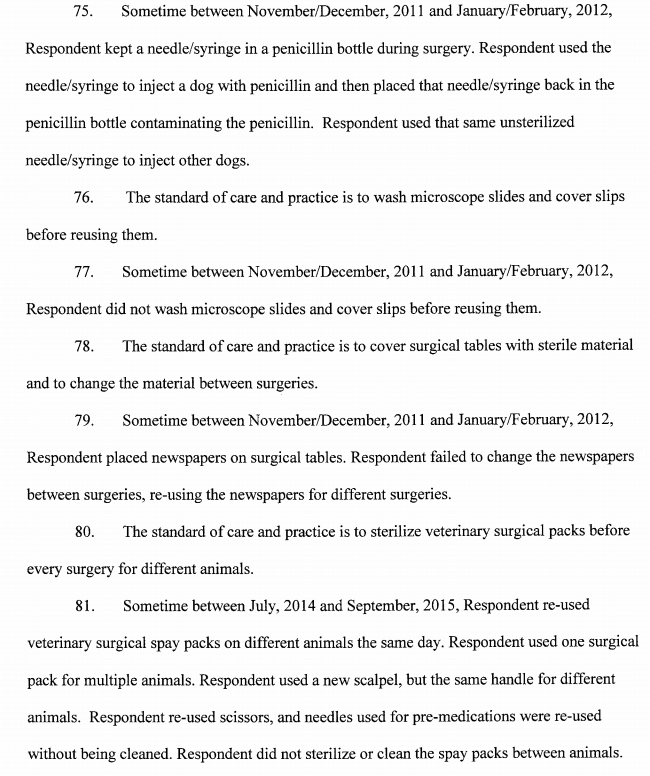 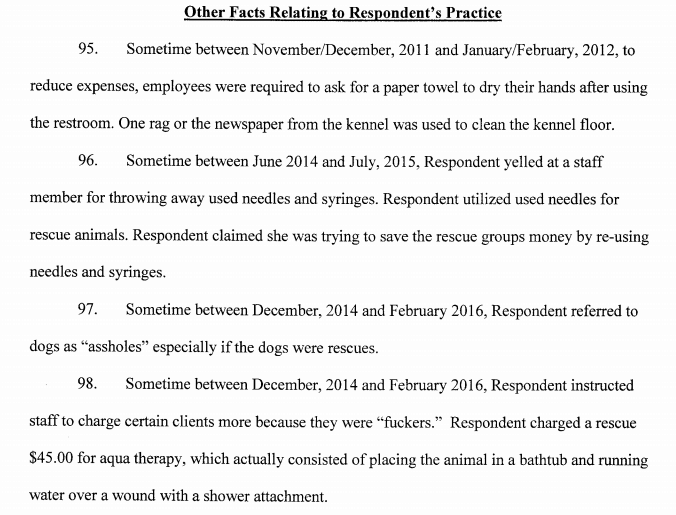 One person hospitalized after shooting in South Bend