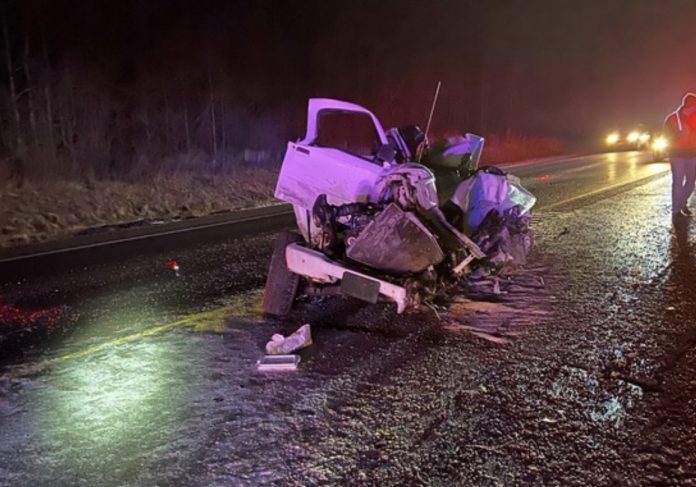 A LaPorte man was killed in a wrong way crash that happened on the Indiana Toll Road.

A 2000 Ford Ranger was reportedly traveling westbound in the eastbound lanes. A 2017 Freightliner tractor-trailer, operated by Black Horse Carriers, was eastbound in the passing lane.  The two vehicles impacted head-on.

The driver of the Ford Ranger, Richard D. Reese, 57, was pronounced dead at the scene by the LaPorte County Coroner.

The driver of the tractor-trailer was not injured.

The semi was loaded with approximately 20,000 lounds of bread

The left lane was closed for approximately 5 hours for the investigation and the cleanup.