(Emily Kennedy/ABC 57 Meteorologist) The National Weather Service in Northern Indiana has issued a Winter Weather Advisory for the entire listening area. It begins at 4 p.m. on Wednesday, Feb. 5 and lasts through 10 a.m. on Thursday.

We’ll see a little bit of sunshine before midday on Wednesday, but clouds will move in with snow not far behind.

Snow showers pick up mainly after 5 p.m. The heaviest snow is expected tonight into Thursday morning. Many areas will see snow around 3” with isolated amounts up to 5”. This will likely lead to a slow commute on Thursday morning. A slight chance of snow again on Friday otherwise it’s a fairly quiet weekend. 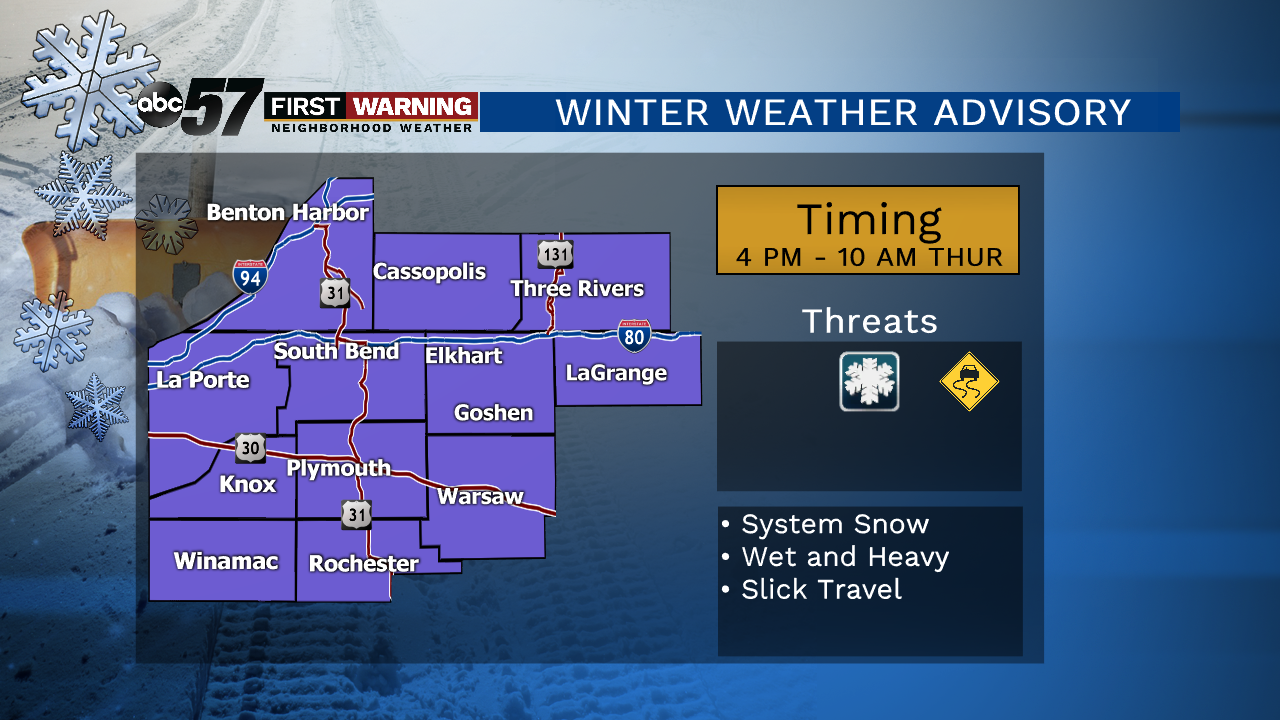