A woman was killed in a shooting and another woman is facing charges in connection with the death.

Police were called just after 1:30 a.m. on Sunday, Sep. 6, on the report of a shooting victim found in a vehicle that was stopped at Logan Street and Mishawaka Avenue in Mishawaka.

Mishawaka police officers at the scene rendered aid and summoned medical personnel, but the woman was pronounced deceased at the scene.

The St. Joseph County Metro Homicide Unit was activated to handle the investigation.

Witnesses have been interviewed by Metro Homicide investigators.

The woman who died at the scene has been identified as Dominique Herron, 24, of South Bend.

Probable cause was found, and Ms. Williams was ordered held for the next available bail
hearing after the warrant is served. She was arrested yesterday in connection with this
investigation, and remains in the custody of the St. Joseph County Jail.
Her bail hearing and arraignment are scheduled for Tuesday afternoon.

New information was released in court documents, which suggest the shooting may have happened inside a vehicle after Herron, Williams and a man they were with got into an altercation with some other patrols at Smith’s Bar in Mishawka. Shots were fired at them. Williams fired back and, at one point, said her gun was jammed. When they were leaving in the car, the man they were with said it sounded like a gunshot came from the backseat where Williams was sitting and Herron was struck. Williams denied the gunshot came from her gun, which was found outside the vehicle where they stopped.

Anybody with information is asked to contact the St. Joseph County Metro Homicide Unit at 574-235-5009 or Michiana Crime Stoppers at 288-STOP.

Below is the court document released by the St. Joseph County Prosecutor’s Office. It details the incidents that led to the shooting: 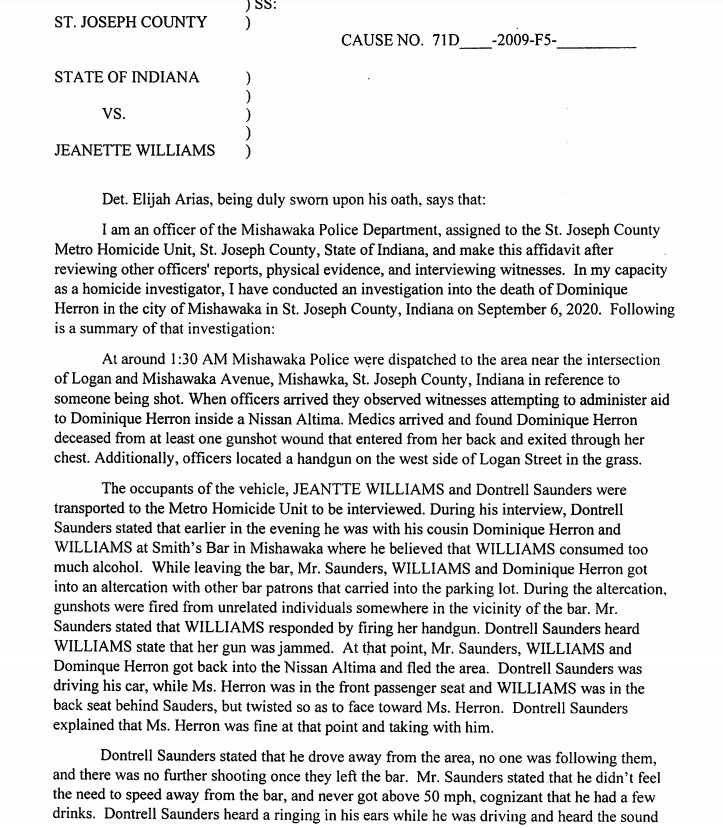 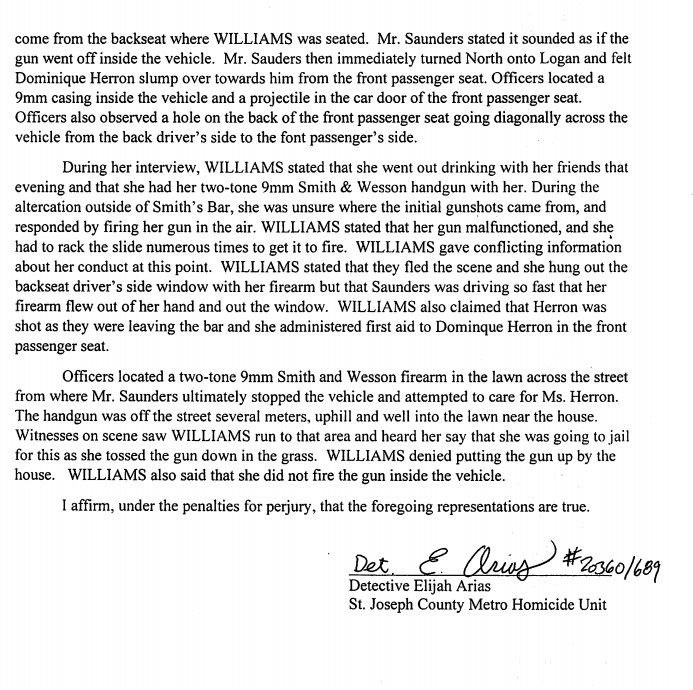