(Maci Tetrick/ABC 57 Meteorologist) Parts of Michiana picked up 1-2 inches of snow from Friday night, Jan. 1 into Saturday morning, Jan. 2. Roads were slick and covered in snow again on Saturday morning. 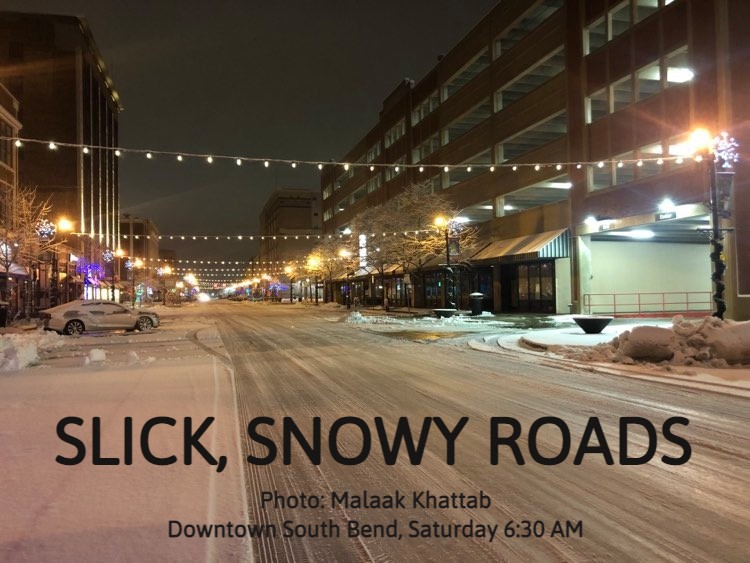 There were reports of power outages and tree limbs down across Michiana. If you are driving through a wooded area, be aware that some tree branches are hanging lower into the street, or may have fallen into the street. The weight of the ice from yesterday has made these branches more droopy than normal, and will be an added obstacle for your drive.

This afternoon temperatures are in the mid 30s. This certainly won’t feel very warm, but it may be warm enough that ice and snow start to melt. We won’t pick up any additional snow through Saturday, but it will stay cloudy.

There is another round of snow forecast for Michiana during the overnight hours. Snow showers linger through about 10 a.m. on Sunday, then the rest of the day will be dry.

The highest snow totals will be in southeast Michiana. Some areas may see up to three inches of snow. It will be best to avoid travel again Sunday morning.

The work week looks to stay mostly dry and quiet.