(Tom Coomes/ABC 57 Meteorologist) There is snow in the forecast but little is expected to stick Friday. Scattered snow showers and flurries are unlikely to accumulate with temperatures warming into the mid to upper 30s. There will be more snow showers Saturday and Sunday as a broad area of low-pressure swirls through the great lakes. At this moment, it is unlikely for more than an inch per day. There may be some lake enhancement Saturday, that could bring some areas a little more, but that still seems a stretch given the lack of true cold air. The pattern stays active next week but real cold air remains missing. 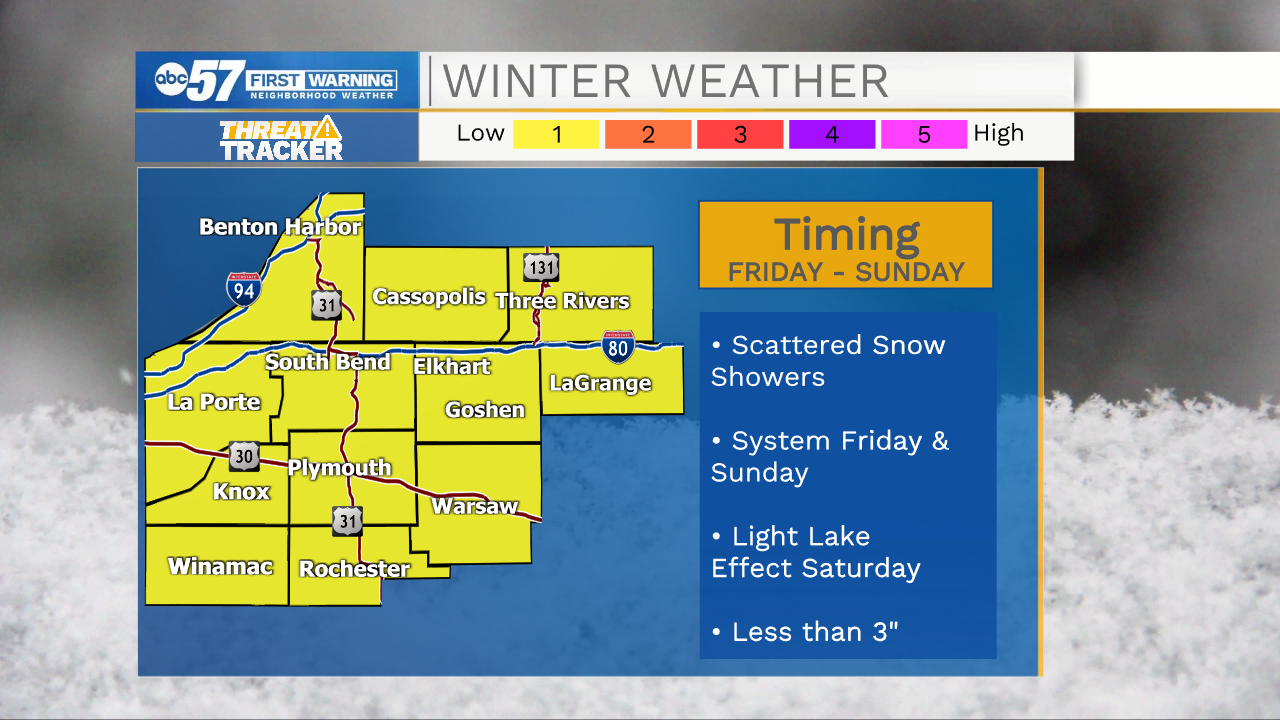 There might be a chance of some snow flurries Friday across the state, but even if your city or town gets an inch or two, it won’t make up for the lack of snow Indiana has had so far this winter.

WISH-TV Meteorologist Marcus Bailey says the entire state is below average, including northern Indiana, which has had a few big snow days this winter.

“South Bend is a good example,” Bailey said. “19.5 inches of snow so far, and that seems like a lot, but that’s still running almost a foot below average.”

Indianapolis typically sees 24 to 25 inches of snow every winter, and Bailey says there is still time to potentially reach close to that number. We’re only halfway through this winter season, and he says February is usually a pretty snowy month in central Indiana. He says it’s not even unusual to have a big snowstorm in March either. On March 24, 2018 — the day of the Indiana High School boys basketball state finals at Bankers Life Fieldhouse — Indianapolis received close to a foot of snow.

National average for gas could drop to under three dollars