(Emily Kennedy/ABC 57 Meteorologist) Rain changes over to a wintry mix by Tuesday morning as temperatures into the low 30s by mid-morning. Temperatures remain in the 30s for the rest of the day.

The wintry mix changes over to mainly snow Tuesday afternoon but the best chance of snow accumulating will be Tuesday night. 1-3” of snow is possible for the SE half of Michiana while the NW corner will see closer to 1” or less.

Most of the system moves out early Wednesday morning and clouds break up. It remains chilly though for Wednesday.

The biggest impact is going to be overnight lows falling below freezing Tuesday/Wednesday night, creating a concern for a Hard Freeze for all vegetation. 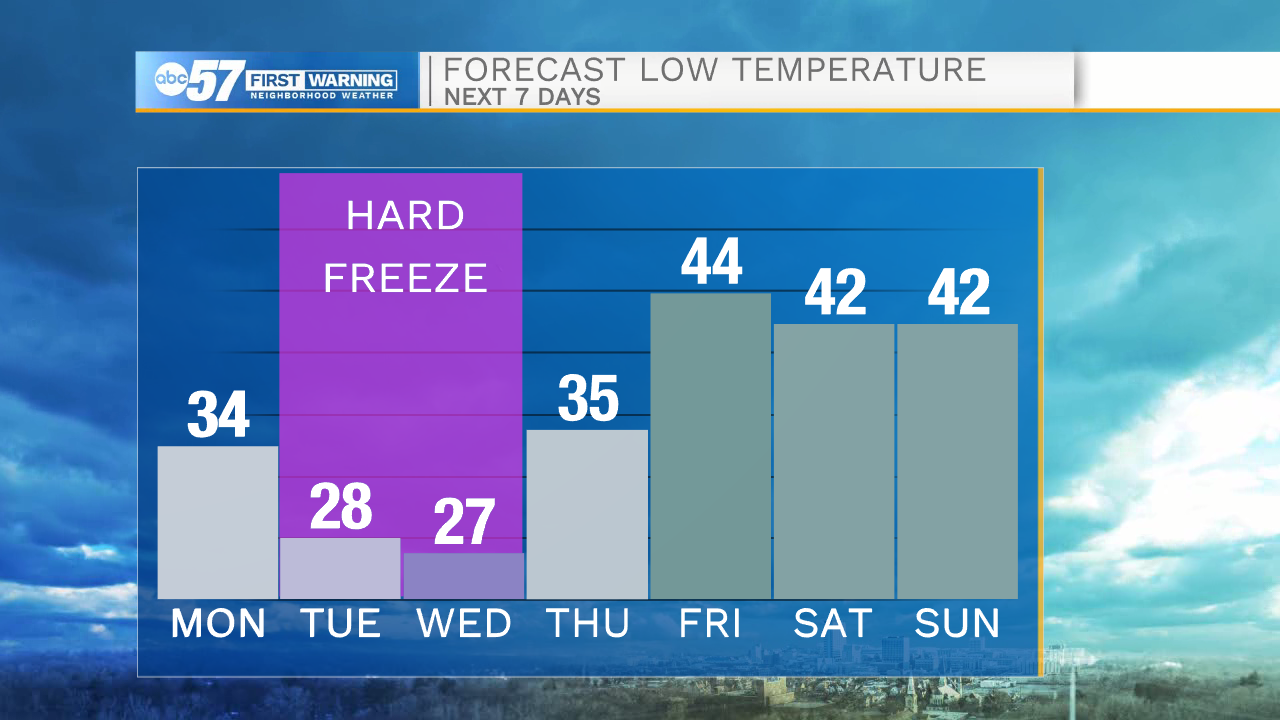 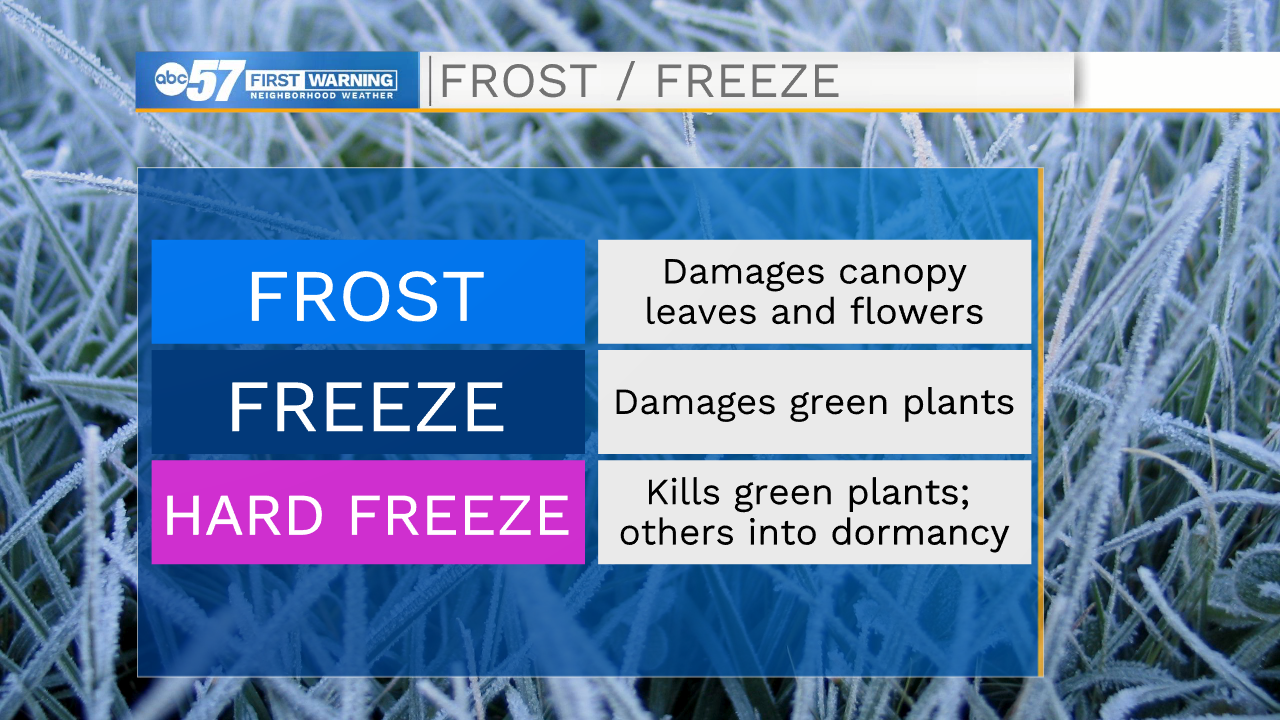 The rest of the work week is fairly bright as temperatures rise back near 60F. There is a chance of rain on Saturday, but Sunday is nicer with a high in the upper 50s. Next week looks much warmer.

Illinois may fully open as early as June 11