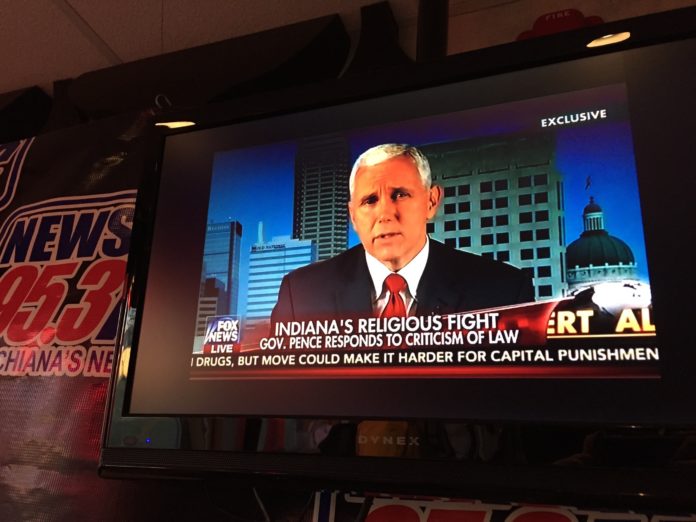 He spoke about the law during an exclusive interview on FOX and Friends on Tuesday morning, March 31.

“I stand by this law, but I understand that the way some on the left and frankly some in the national media have mischaracterized this law over the last week might make it necessary for us to clarify the law through legislation,” he said. “There is no license to discriminate in this law.”

Scroll down to see the full interview

“…Indiana’s open for business,” Pence said later on in the interview. “You all have been to the Hoosier state. You know there are no kinder or hospitable people in America than here in Indiana.”

See the full interview below.

Indiana governor sounds off about the backlash

Pence will be speaking in a press conference at 11 a.m. about the Religious Freedom Restoration Act. Listen to the press conference on 95.3 on the radio or tune in online. Follow @953MNC on Twitter for live updates.