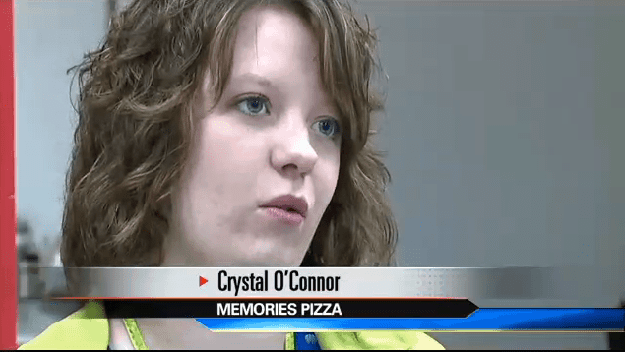 The O’Conner family has operated Memories Pizza for nine years, according to 95.3 MNC’s news partners at ABC 57.

They are Christians and operate their business with their faith in mind. Because their religion doesn’t support same-sex marriages, Memories Pizza wouldn’t cater a same-sex wedding, according to Crystal O’Connor.

“We’re not discriminating against anyone, that’s just our belief and anyone has the right to believe in anything,” she told ABC 57.

The family added they would not deny service to anyone who came to eat at the restaurant, regardless of their sexual orientation or religion.