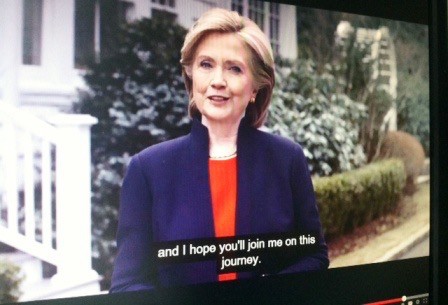 The former first lady and secretary of state made her 2016 plans official on her campaign website Sunday.

She says in a video that “everyday Americans need a champion. I want to be that champion.”

Clinton is aiming to be the first female president.

Clinton enters the Democratic primaries in a strong position to succeed her 2008 rival, President Barack Obama.