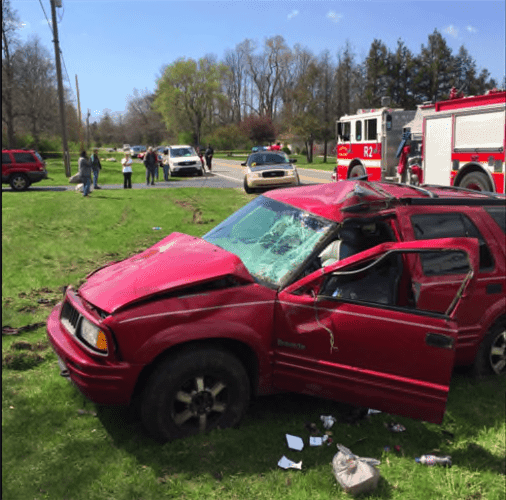 A South Bend man is in critical condition at Elkhart General Hospital after a crash on C.R. 16 in Elkhart County.

The SUV went off the side of the road, hit a rock and then rolled, according to a news release from the Elkhart County Sheriff’s Department.

The 25-year-old man who was driving the SUV was ejected from the vehicle after it hit a rock, then rolled.

He was taken to the hospital with skull and facial fractures along with internal injuries, according to the news release.

A 24-year-old South Bend woman, a passenger in the vehicle, suffered a minor ankle injury.