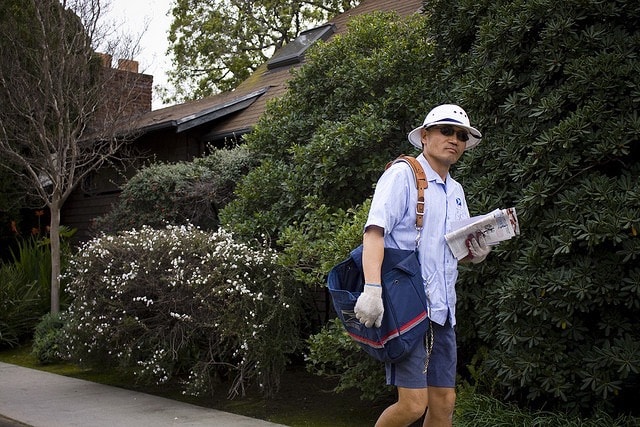 The City of South Bend is ranked third in the state for reported dog bites suffered by letter carriers last year, according to a report released by the U.S. Postal Service.

There were eight reported dog attacks on letter carriers in South Bend in 2014.

Indianapolis ranks 14th in the nation for the number of dog attacks on letter carriers with 27. The city tied with Long Beach, Calif., and Baltimore, Md.

USPS officials warn that if a letter carrier feels threatened by a vicious dog or if a dog is running loose, the owner may be asked to pick up the mail at the post office until the carrier is assured the pet has been restrained.