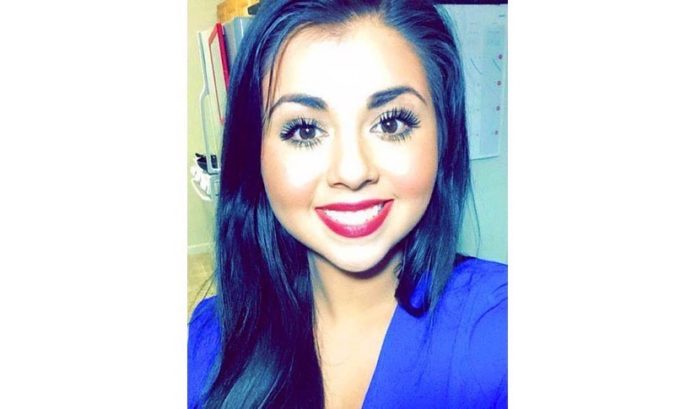 The loss felt by Alma Del Real’s family is unfathomable, but the pain may be even deeper for her mother and two sisters. They live in Mexico and have not been able to get to Indiana since Del Real went missing in April.

Though her mother applied for a passport to be eligible for travel to the U.S., the request was denied, Gabriela Del Real said in an interview Friday, May 22. Gabriela is Alma’s aunt, but she considers Alma more like a little sister.

After Alma’s body was found, her family is hopeful that the Mexican government will approve a new application.

But such applications are expensive, and traveling costs for Del Real’s mother and two sisters — one of whom is special needs — could also be pricey. That’s one reason why the family is seeking donations.

A GoFundMe account was set up in April by Elisabet Calderon, Alma’s close friend. Originally, the goal was $1,000 to pay for a reward for a person who helped police find Alma. After her body was found, the family is now hoping to raise enough money to pay for Alma’s funeral and to bring her mother and sisters to Indiana.

Donations are also accepted at any Wells Fargo bank for the Alma A. Del Real Memorial Fund. The account number is 7487807773. The GoFundMe and Wells Fargo accounts are linked.

The family won’t have the funeral in Mexico because, aside from Alma’s mom and sisters, the whole family lives in Indiana, Gabriela said.

“The whole family is here and we are a big family,” Gabriela said. “It doesn’t make sense for us to go to Mexico. We’re here, we’ve been here for forever and this is where we want to do it.”

The Del Real family says they are grateful for the community’s support they’ve received since Alma went missing.

“Last night, people came to the house and they lit a lot of candles. It was beautiful,” Gabriela said. “Some people just came and dropped off flowers. They don’t come and talk to us, they just come gently to be nice to Alma. We’re so grateful.”

“We thank (the community) and hope God will see that they are doing something good for Alma,” she said.

And while the Del Real family is in mourning, their faith in God is helping them through the pain.

“This has been the hardest time of our lives. I’ve been crying, praying, asking why. She’s never done anything bad to anybody. She had so many dreams,” Gabriela said. “That’s why I ask God, why did this happen to her? But God knows what He does. We just know that she’s with Jesus Christ. She’s in Heaven now.”

Donations can be made with a debit or credit card to the #Justice4Alma DRG Memorial GoFundMe page.

Cash and check donations may be made at any Wells Fargo bank. Let the teller know that you want to donate to the Alma A. Del Real Memorial Fund. The account number is 7487807773.