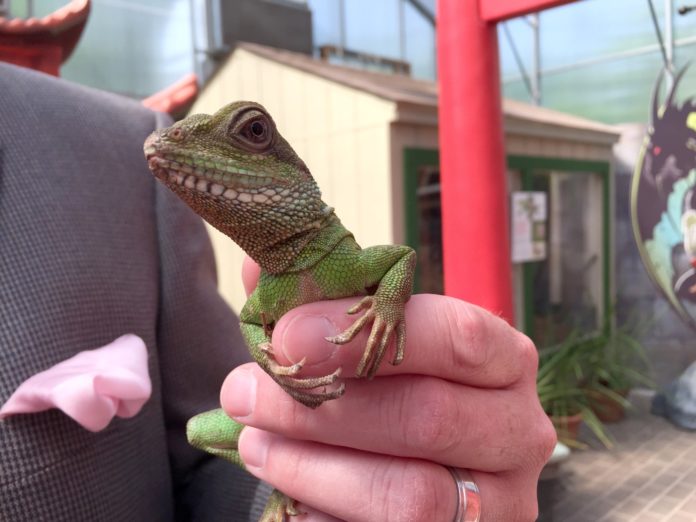 Calling all princesses and knights throughout Michiana — dragons have landed in South Bend.

Thirteen modern day dragons are featured in the new Here Be Dragons exhibit at the Potawatomi Zoo that debuted over Memorial Day Weekend.

Here Be Dragons is two years in the making, according to Aaron Cleveland, exhibit designer.

That includes several interactive features, such as a dragon tattoo station and a castle complete with a catapult. Visitors can also search for “hidden dragons,” similar to the hidden Mickeys at Disney World. The hidden dragons are references to dragon culture including Harry Potter and Game of Thrones.

The dragons are in various displays that vary, including natural habitats and a castle’s throne room. Some of the dragons are rare and can only be seen at the zoo.

Some visitors may even have a chance to touch some of the dragons.

Here Be Dragons requires an extra ticket in addition to regular zoo admission. The exhibit is open daily during regular zoo hours through Sept. 7.