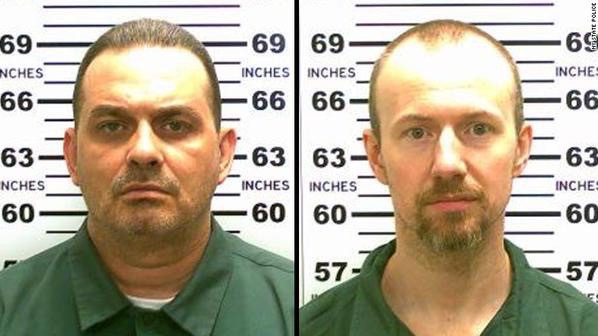 DANNEMORA, N.Y. (AP) — Authorities searching for two escaped killers who have been on the loose for the better part of a week acknowledge being in the dark about their whereabouts or doings. That’s even as the hunt for the men expanded past state borders into Vermont.

Vermont Gov. Peter Shumlin says authorities are patrolling Lake Champlain and nearby areas. New York Gov. Andrew Cuomo urged the people of Vermont to be on the alert and report anything suspicious, saying the escapees are “nothing to be trifled with.”

As part of the search, state troopers and correction officers in helmets and body armor retraced their steps around the prison, checking garage doors, sheds, windows and other structures for signs of a break-in or other clues.