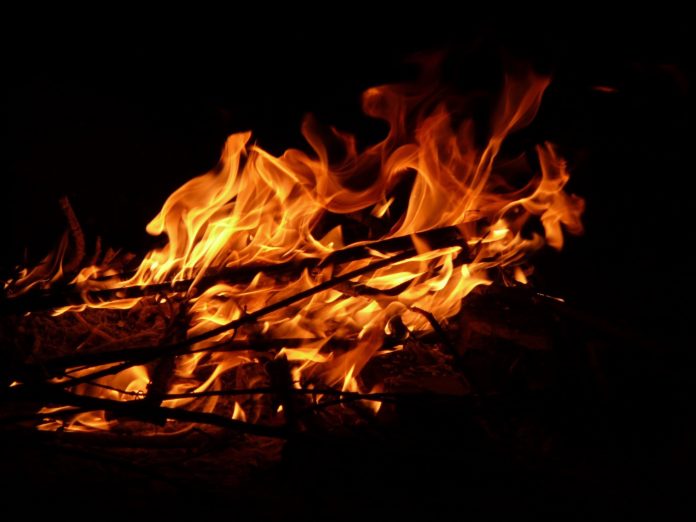 A fire that partially damaged a garage in the River Park neighborhood on Sunday afternoon, July 5, may have been set intentionally.

The South Bend Fire Department was dispatched at 3:51 p.m. to a home in the 1200 block of S. 35th Street for the fire, department spokesman Capt. Gerard Ellis said in an interview Tuesday morning, July 7.

Homeowner TJ Jorgensen and his four daughters were inside their home when the fire started in the garage, according to 95.3 MNC’s news partners ABC 57.

Multiple neighbors saw the flames and quickly jumped in and helped extinguish the fire until the fire department arrived, ABC 57 reported.

One neighbor took a video that shows thick black smoke rising from orange flames at the base of the building.

“When my wife saw the video at work after I called her and told her everything was okay, she started crying. And not so much because of our garage, because that’s just cosmetic. All that stuff can be replaced. It was how our neighbors rallied around to help us in a quick situation,” Jorgensen told ABC 57.

The cause of the fire is still under investigation, Ellis said.