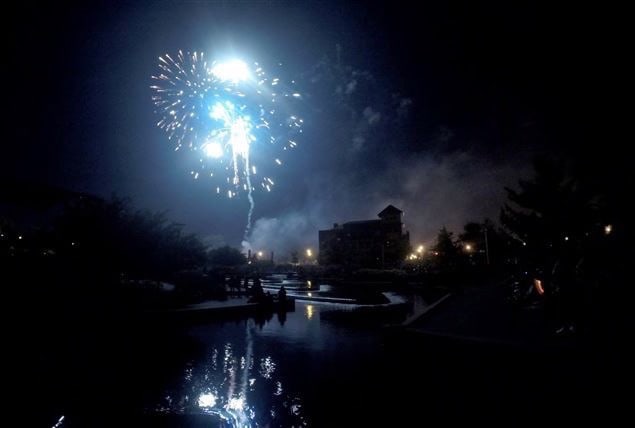 ST. JOHNS, Mich. (AP) — A horse that bolted from its mid-Michigan home after being frightened by fireworks has been found after more than a week.

The Kalamazoo Gazette reports that Finneas was discovered the day before on a farm field near St. Johns in Clinton County, about 1 ½ miles from home. Horse owner Amy Helgren says the Rocky Mountain horse is safe and unharmed but about 100 pounds heavier.

Helgren discovered on July 1 that her horse had broken through a pasture fence. She says Finneas was spooked by fireworks that neighbors had been shooting off.

The horse was found by a farmer spraying his soybean fields. He called a neighbor, who knew where the horse lived.