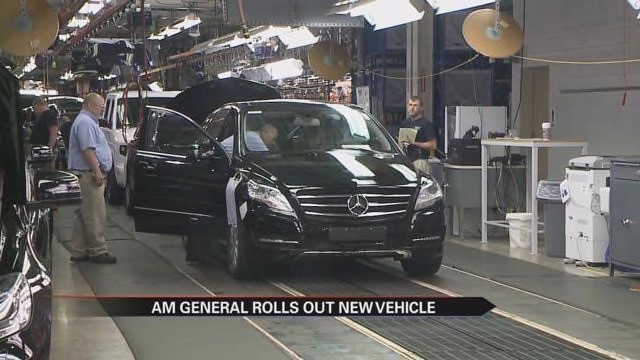 MISHAWAKA, Ind. (AP) — AM General has begun making Mercedes-Benz SUVs at its northern Indiana plant and hopes more contracts with other automakers will follow.

AM General’s Commercial Business President Howard Glaser says the multi-year contract with Mercedes should let other automakers know that the plant can build any vehicle, calling Mercedes “the gold standard.”

Gov. Mike Pence, Sen. Joe Donnelly and Rep. Jackie Walorski were on hand Tuesday for a ribbon cutting ceremony to celebrate the deal that calls for AM General to build Mercedes’ SUVs in the same Mishawaka factory where AM General built the Hummer H2 until 2009.

Mercedes said in January it was moving production of the R-Class from its Tuscaloosa, Alabama, assembly plant to make way there for the new GLE Coupe SUV.