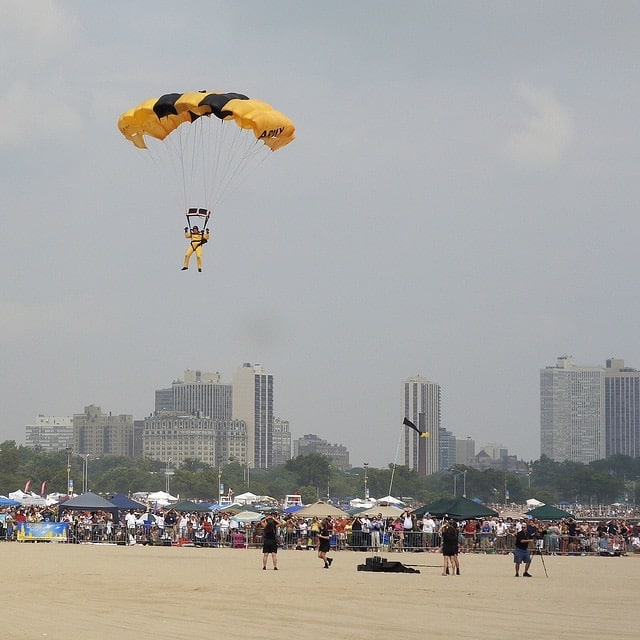 Donna Dixon is a spokeswoman for the Army Golden Knights parachute team. She tells WMAQ-TV the Golden Knights and the Navy Leap Frogs were performing a stunt known as a “bomb burst,” in which parachutists circle each other while separated by red smoke.

Dixon says the men collided. She says one parachutist underwent surgery and is in critical condition. The other man broke his leg and is expected to be released Saturday.

Witnesses said at least one parachutist hit a building, but authorities hadn’t confirmed the account.